VENN DIAGRAM OF A UNION B

Venn diagram of A union B :

Here we are going to see how to draw a venn diagram for A union B.

To draw venn diagram for A U B, we have to shade all the regions of A and B. 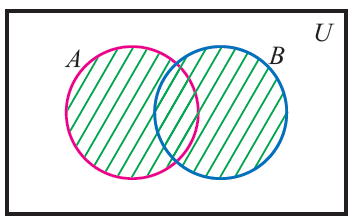 Let A and B be two sets.

Now, we can define the following new set.

From the given Venn diagram find 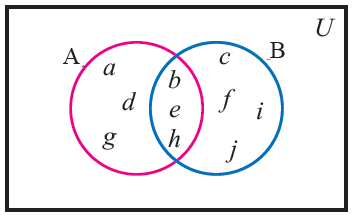 The variables inside the circle A are known as elements of the set A.

The variables inside the circle B are known as elements of  the set B.

The variables inside the circles A and B are known as elements of the set AUB.

The variables in the common region of A and B are known as elements of A n B.

To verify the given statement, we have to find the cardinal number of each set.

Hence it is proved.

After having gone through the stuff given above, we hope that the students would have understood "Venn diagram of A union B".

Apart from the stuff given above, if you want to know more about "Venn diagram of A union B", please click here

Apart from the stuff, if you need any other stuff in math, please use our google custom search here.