In this section, you will learn the shortcuts which will be useful to do times table easily.

To understand the shortcuts, you have to remember the following multiplication.

And it is difficult for us to remember answer for

Here, we have given shortcuts to find answer for the above multiplications which come in times table.

This method is explained for 1 at the ten's place of two digit number (Times Table). 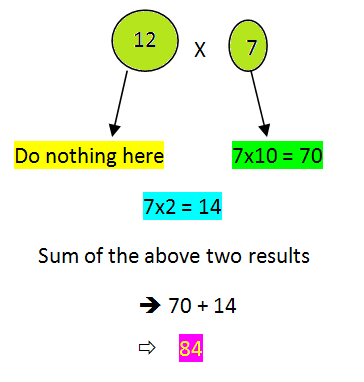 Steps to be followed to understand the above shortcut :

First take the single digit number and multiply it by 10.

In this way you can try a lot. 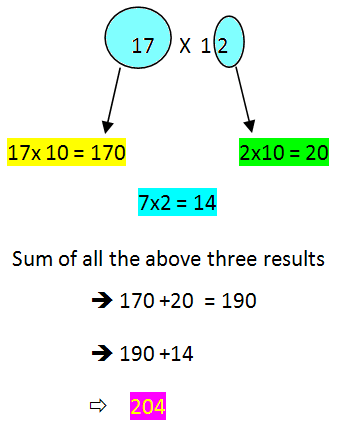 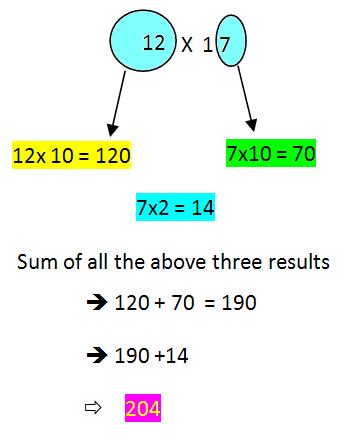 Steps to be followed to understand both the methods :

First take one of the two digit numbers and multiply it by 10.

Multiply the unit digit of other two digit number by 10.

Multiply unit digits of both the numbers.

Add all the above three values and you will get answer.

In this way, you can try a lot.

One more caution on these shortcuts :

We can take only 1 at the ten's place of two digit numbers and not any number.