This is a way to remember how values the trigonometric ratios sin, cosine and tangent of an angle can be computed.

Let us see, how this shortcut works to remember the above mentioned trigonometric ratios.

Before we discuss this shortcut, let us know the name of each side of a right triangle from the figure given below.

To understand the shortcut, first we have to divide SOHCAHTOA into three parts as given below.

What do SOH, CAH and TOA stand for?

Here is the answer 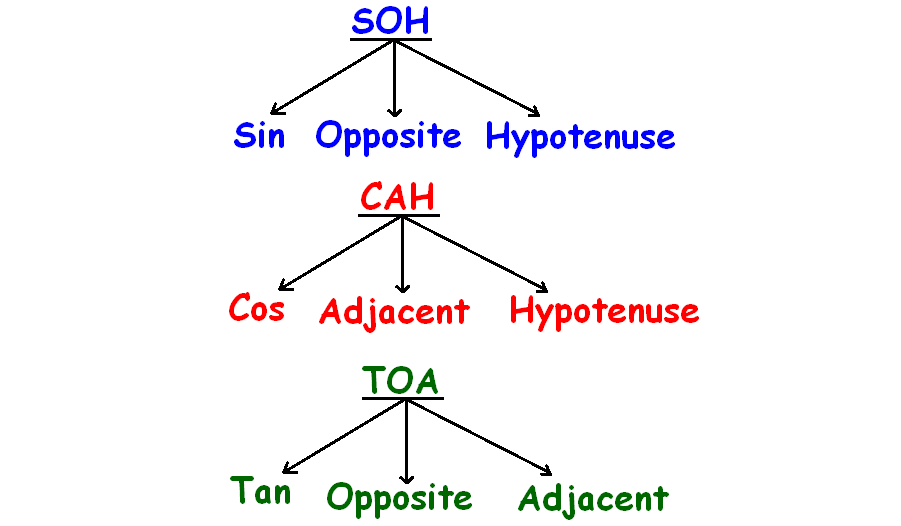 From the above figures, we can derive formulas for the three trigonometric ratios sin, cos and tan as given below.

In the right triangle PQR shown below, find the six trigonometric ratios of the angle θ.

In the above right angled triangle, note that for the given angle θ, PQ is the ‘opposite’ side and PR is the ‘adjacent’ side.

In the figure shown below, find the six trigonometric ratios of the angle θ. 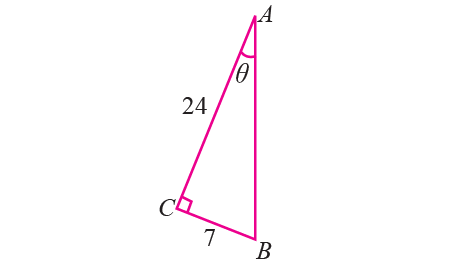 In the right angled triangle ABC shown above,

Now, we can use the three sides to find the six trigonometric ratios of angle θ.

In triangle ABC, right angled at B, 15sin A = 12. Find the other five trigonometric ratios of the angle A.

Subtract 144 from each side.

In the figure shown below, find the values of

In the right ΔABD, by Pythagorean Theorem,

Subtract 25 from each side.

In the right ΔACD, by Pythagorean Theorem,