Find the perimeter of the rectangle whose length is 4 cm and breadth is 3 cm.

Write the statement "Five less than y" as expression.

The marks obtained by a student in the five tests held during the quarterly examination are given in below chart. In which two tests the student got same marks? 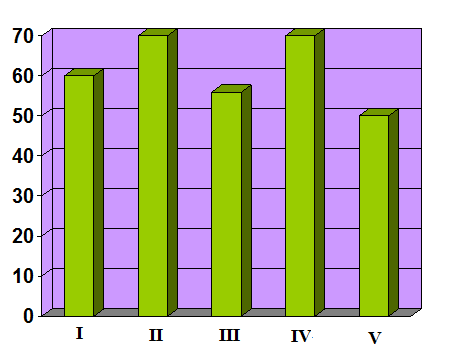 If 4 aeroplanes carry 1240 passengers, how many passengers can be carried by 6 aeroplanes?

What is the angle of straight angle?