(1) Find the unknown values in each of the following figures. All lengths are given in centimeters (all measures are not in scale) 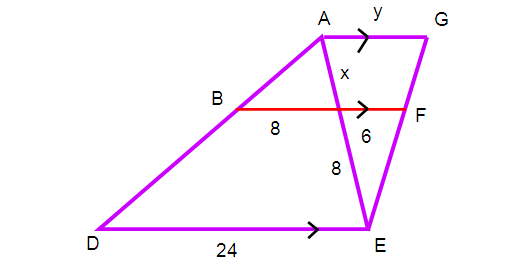 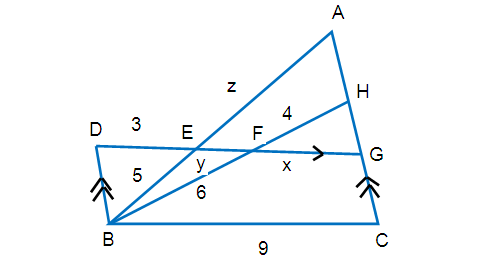 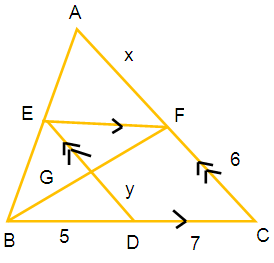 (2) A girl is in the beach with her father. She spots a swimmer drowning. She shouts to her father who is 50 m due west of her. Her father is 10 m nearer to a boat than the girl. If her father uses the boat to reach the swimmer, he has to travel a distance 126 m from the boat. At the same time, the girl spots a man riding a water craft who is 98 m away from the boat. The man n the water craft is due east of the swimmer. How far must the man travel to rescue the swimmer?       Solution

(5) The points D and E are on the sides AB and AC of triangle ABC respectively, such that DE and BC are parallel. If AB = 3 AD and the area triangle ABC is 72 cm², then find the area of the quadrilateral DBCE. 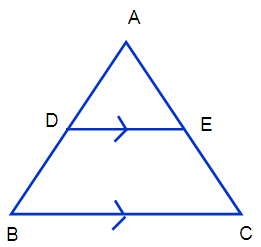 (8) The government plans to develop a new industrial zone in an unused portion of land in a city. 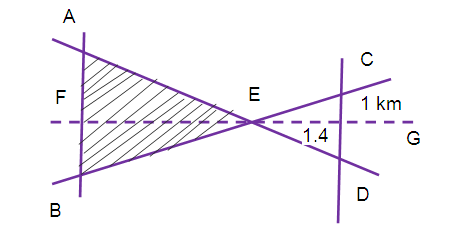