(1) Find the distance between the following pairs of points:

(5) In a classroom 4 friends are seated at the points A, B, C and D as shown in figure. Champa and Chameli walk into the class and after observing for a few minutes champa asks Chameli,"Don't you think ABCD is a square?" Chameli disagrees. Using distance formula, find which of them is correct. 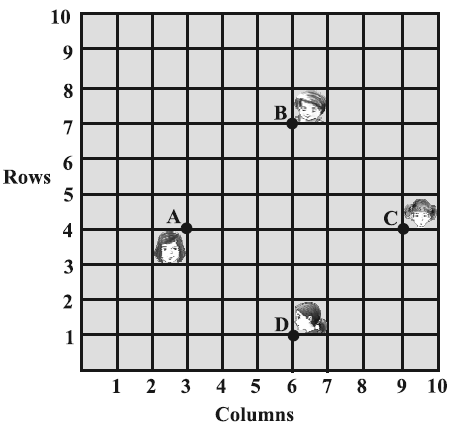 (6) Name the type of quadrilateral formed. If any,by the following points,and give reasons for your answer: