The angle 240° has its terminal side in quadrant III, as shown in figure below. 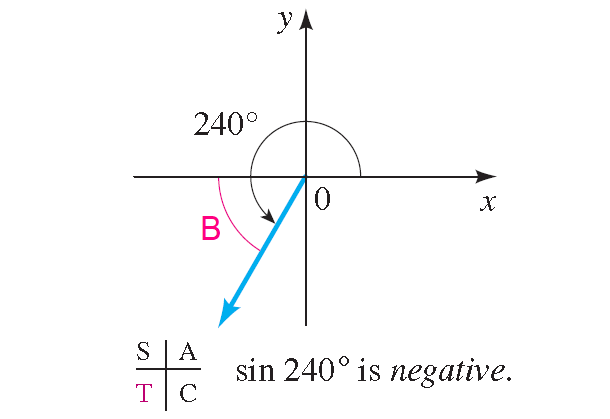 The reference angle is therefore

The angle 495° is coterminal with the angle 135°, and the terminal side of this angle is in quadrant II, as shown in figure below. 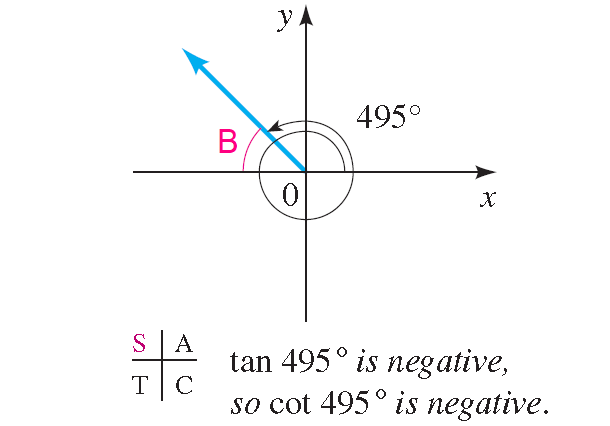 So the reference angle is

The angle 16π/3 is coterminal with 4π/3, and these angles are in quadrant III, as shown in the figure below. 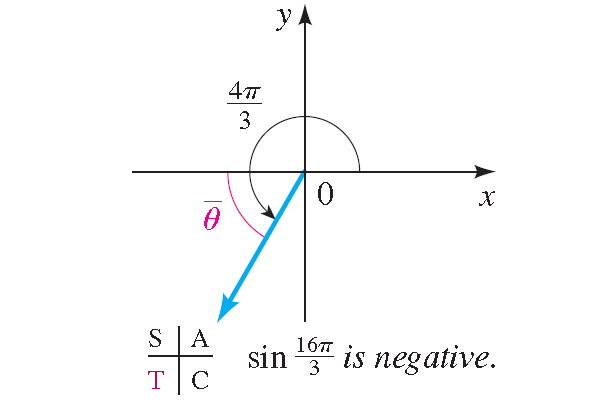 Thus, the reference angle is

Because the value of sine is negative in quadrant III, we have

The angle -π/4 is in quadrant IV, and its reference angle is π/4, as shown in the figure below. 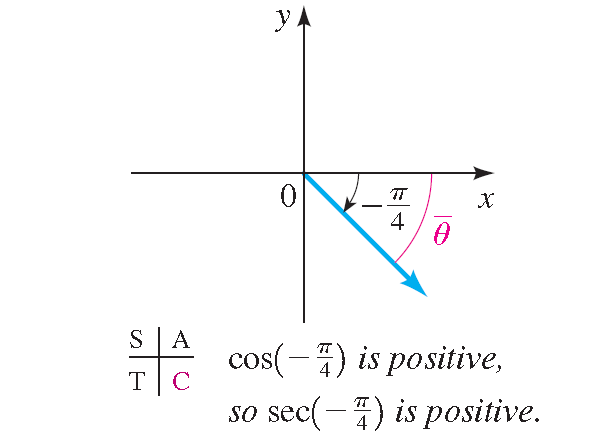 Because secant is positive in this quadrant, we get