These special angles 0°, 30°, 45° and 60° are frequently seen in applications and we can use geometry to determine the trigonometric ratios of these angles.

Let us see, how to determine trigonometric ratios of these special angles using geometry.

Let ABC be an equilateral triangle whose sides have length a (see the figure given below). Draw AD perpendicular to BC, then D bisects the side BC. 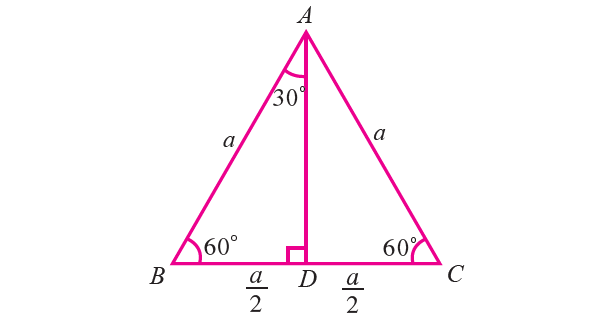 Hence, we can find the trigonometric ratios of angle 30° from the right triangle ADB. 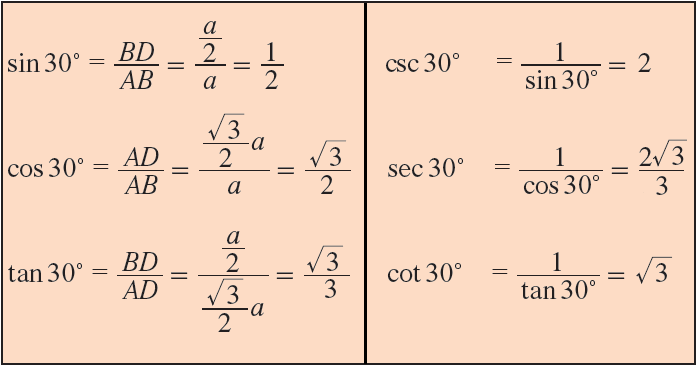 So, we can determine the trigonometric ratios of angle 60°. 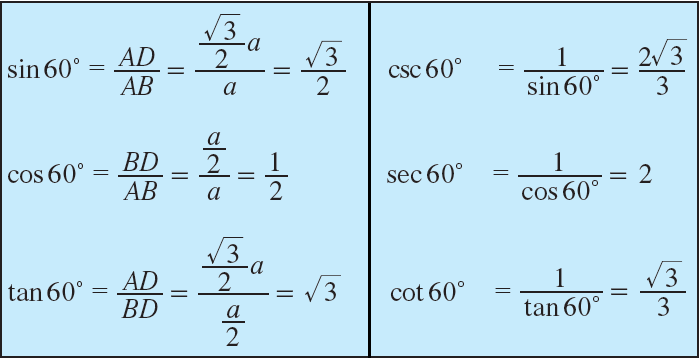 Hence, we can find the trigonometric ratios of angle 45° from the right triangle ABC.

Trigonometric Ratios of 0° and 90°

Consider the figure given below which shows a circle of radius 1 unit centered at the origin.

Let P be a point on the circle in the first quadrant with coordinates (x, y). 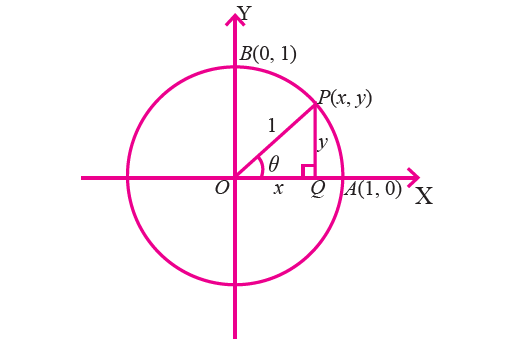 We drop a perpendicular PQ from P to the x-axis in order to form the right triangle OPQ. 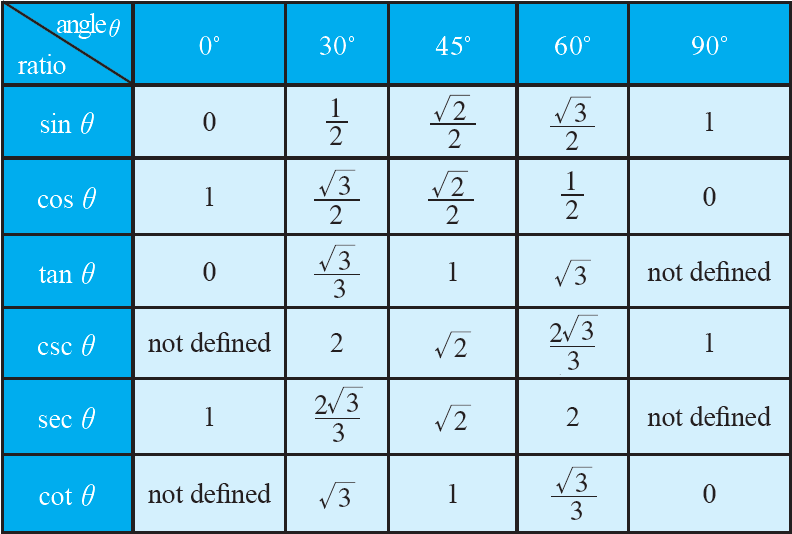 Apart from the stuff given above, If you need any other stuff in math, please use our google custom search here.