In this section, we will learn how we can do transformations using matrices.

A very simple definition for transformations is, whenever a figure is moved from one location to another location, a transformation occurs.

If a figure is moved from one location another location, we say, it is transformation. Our next question is, how can we do the transformation using matrices?. To know that, we have to be knowing the different types of transformations.

Now, let us come to know the different types of transformations.

There are four main types in transformations using matrices. They are

It has been clearly shown in the below picture. 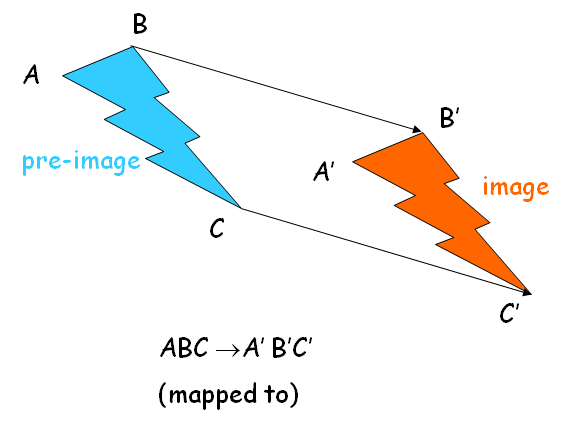 It has been clearly shown in the below picture. 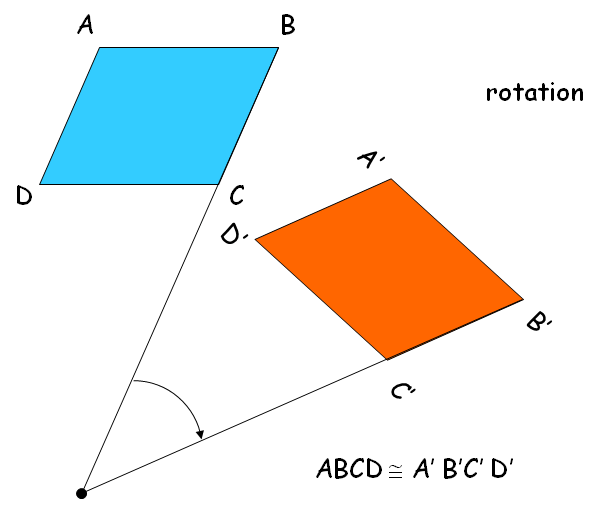 When a figure is moved from one location to another location, we say that it is a transformation.

In this point, always students have a question.

More clearly, on what grounds is the transformation made ?

Is there any pre-decided rule to make transformation?

Yes, there is a pre-decided rule to make each and every transformation.

We have already seen that there are four main type of transformations. They are reflection, rotation, translation and dilation.

So, for each type of transformation, we may have to apply different rule.