The calculator given in this section can be used to find area of a sector of the circle when its central angle and radius are given. 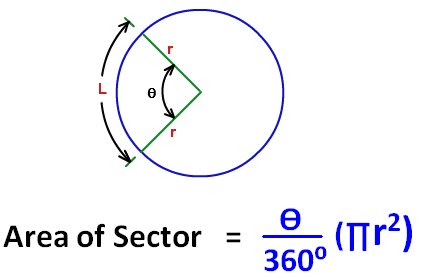