A number that is expressed in the form a/b is called as rational number.

We all know, how to represent integers on the number line.

In the picture given below, the two integers 3 and 4 are represented on a number line.

On a number line, can you find any integer between 1 and 2 ?

But, between any two integers, we can represent rational rational numbers.

Yes. There is a rational number 3/5

Let us understand this better with the help of the number line in the figure given below. 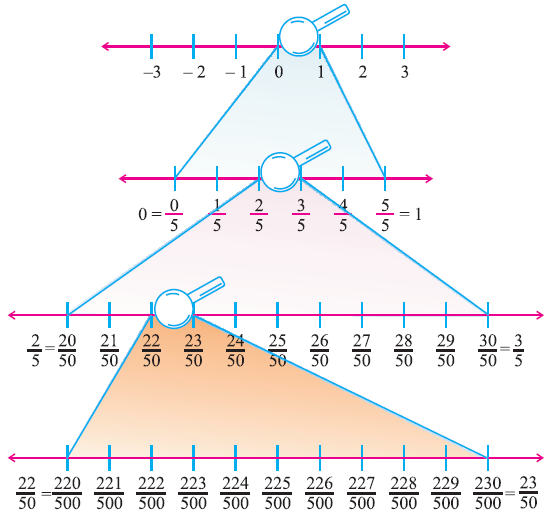 Observe the number line between 0 and 1 using a magnifying lens.

Similarly, we can observe many rational numbers in the intervals 1 to 2, 2 to 3 and so on.