ORTHOCENTER OF A TRIANGLE WITH COORDINATES

Here we are going to see how to find orthocenter of a triangle with given vertices.

It can be shown that the altitudes of a triangle are concurrent and the point of concurrence is called the orthocentre of the triangle.The orthocentre is denoted by O. 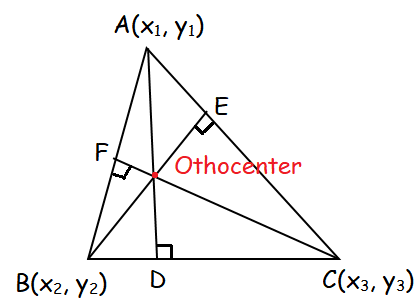 Let ABC be the triangle AD,BE and CF are three altitudes from A, B and C to BC, CA and AB respectively.

Steps Involved in Finding Orthocenter of a Triangle :

Finding Orthocenter of a Triangle - Examples 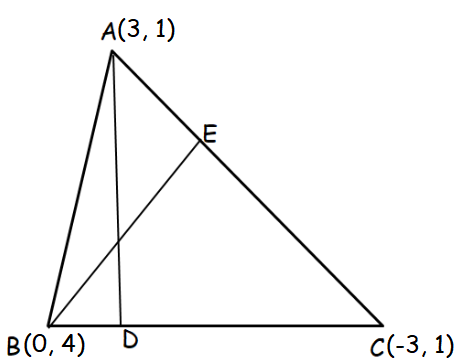 Equation of the altitude BE :

Equation of the altitude AD :

After having gone through the stuff given above, we hope that the students would have understood how to find the orthocenter of a triangle with given vertices.