EQUATION OF A LINE PARALLEL TO Y AXIS

To understand the equation of a line which is parallel to y axis, let us consider the figure given below.

In the figure above, clearly the line L is parallel to y-axis and passing through the value "c"  on x- axis.

So, the equation of a line parallel to y axis is

If the line is passing through some other value on x axis, we have to replace "c" by that value.

Apart from the equation of a line parallel to y axis, let us look at some other different forms of equation of straight line.

The different forms of equation of straight line are,

Let us look at the above different forms of equation of straight line in detail. 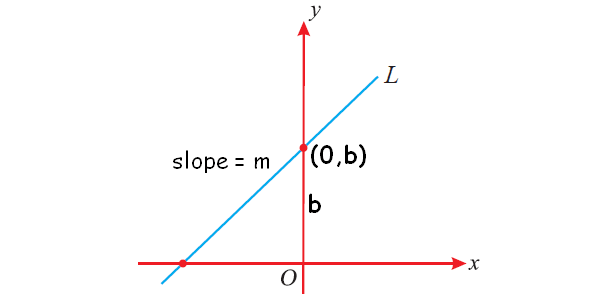 Here, the two points are 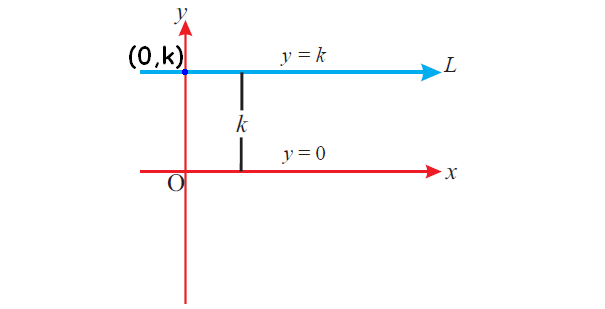 (Because, the value of "y" in all the points  on x-axis is zero)

(Because, the value of "x" in all the points  on y-axis is zero)

4. General equation of a straight line is

Apart from the stuff given above, if you need any other stuff in math, please use google custom search here.