CONSTRUCTION OF INCIRCLE OF A TRIANGLE

In this section, you will learn how to construct incircle of a triangle.

The circle drawn with I (incenter) as center and touching all the three sides of the triangle is called as incircle.

So, let us learn how to construct angle bisector.

To construct an angle bisector, you must need the following instruments.

The steps for the construction of an angle bisector are.

Construct an angle of given measure at O using protractor. 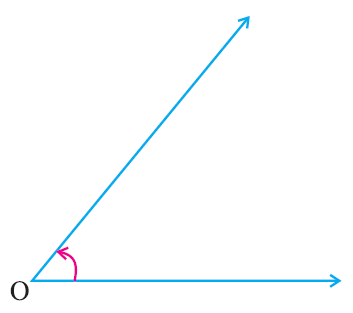 With ‘O’ as center draw an arc of any radius to cut the rays of the angle at A and B. 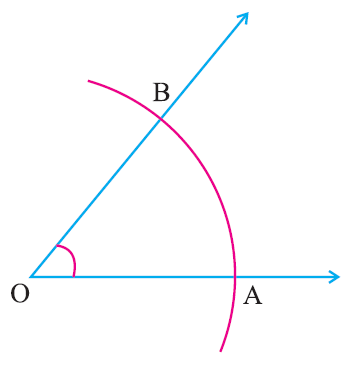 With ‘A’ as center draw an arc of radius more than half of AB, in the interior of the given angle. 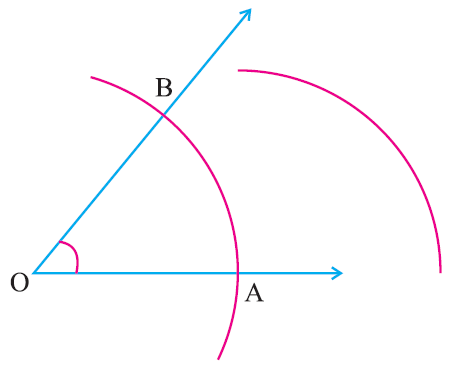 With ‘B’ as center draw an arc of same radius to cut the previous arc at ‘C’. 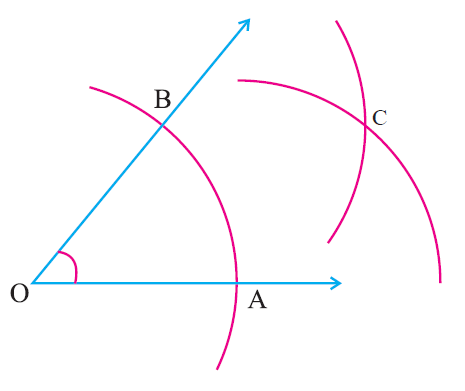 OC is the angle bisector of the given angle. 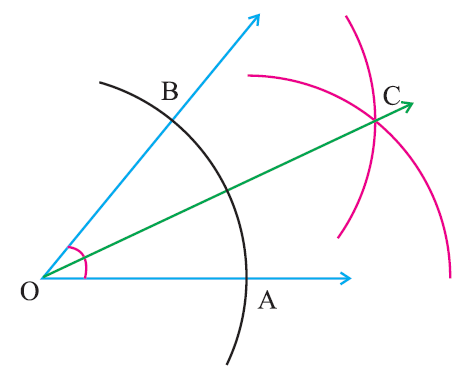 Now, let us see how to construct incircle of a triangle.

Constructing Incircle of a Triangle - Steps

To construct a incenter, we must need the following instruments.

Let us see, how to construct incenter through the following example.

Draw triangle ABC with the given measurements. 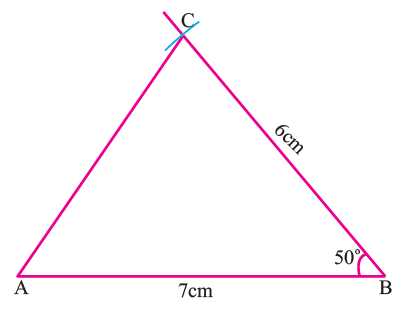 Construct the angle bisectors of any two angles (A and B) and let them meet at I.

In the above figure,  I is the incenter of triangle ABC. 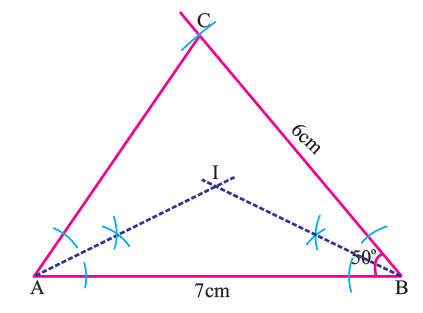 With I as an external point drop a perpendicular to any one of the sides to meet at D. 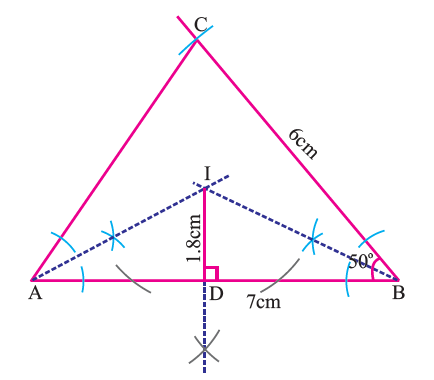 With I as center and ID as radius draw the circle. This circle touches all the sides of the triangle. 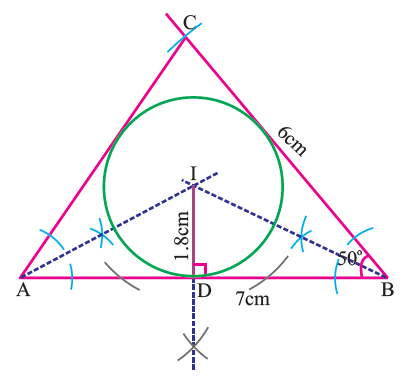