Recall that y = mx + b is the slope-intercept form of the equation of a line.

In this form, it is easy to see the slope 'm' and the y-intercept 'b'. So we can use this form to quickly graph a line by plotting the point (0, b) and using the slope to find a second point.

Write the slope as a fraction.

Using the slope as -900/3 helps in drawing a more accurate graph.

Draw a line through the points. 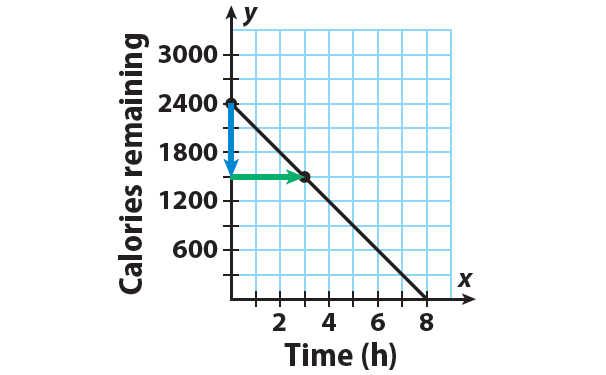 To find after how many hours of walking will Ken have 600 calories left to burn,

Locate 600 calories on the y-axis. Read across and down to the x-axis. 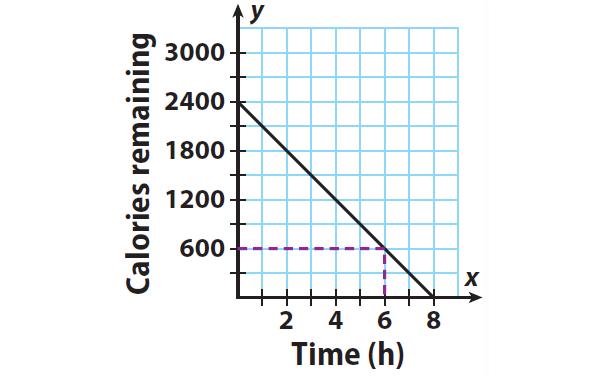 From the graph, we can know that Ken will have 600 calories left to burn after 6 hours.

Ken will reach his weekly goal when the number of calories left to burn is 0. Because every point on the x-axis has a y-value of 0, find the point where the line crosses the x-axis.

Ken will reach his goal after 8 hours of brisk walking.