This is the continuity of our web content given on "Word problems on Percentage".

Before we look at the problems, if you want to know the shortcuts required for solving percentage problems,

A trader cheats his customer to make a profit by stating that he sells at cost price but gives his customers only 800 grams. for every 1000 grams. What is his profit percentage? 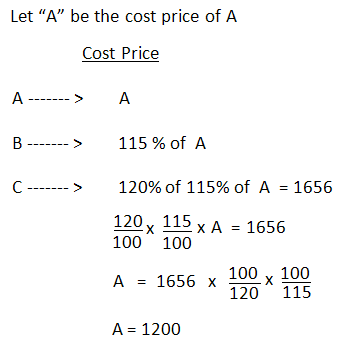 Let "x" be the cost price of the chair

If good are purchased for $ 1500 and one fifth of them sold at a loss of 15%. Then at what profit percentage should the rest be sold to obtain a profit of 15%? 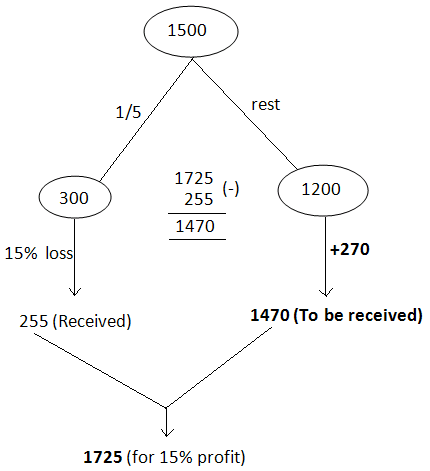 Hence, the rest of the goods to be sold at 22.5% profit in order to obtain 15% profit overall.

By selling 20 articles, a trader gained the selling price of 5 articles. Find the profit percent.

After having gone through the stuff given above, we hope that the students would have understood, how to solve word problems on percentage.