In this section, you will learn some shortcuts which will be much useful to solve problems on profit and loss.

Using the shortcuts given in this section, you can solve any word problem on profit and loss easily.

To download profit and loss shortcuts as pdf document,

Cost price and marked up percentage are given.

Cost price and Profit are given.

Cost price and Loss are given

Selling price and profit percentage are given.

How to find cost price ?

Use shortcut 1 and solve for C.P

Selling price and loss percentage are given.

How to find cost price ?

Use shortcut 2 and solve for C.P

Marked Price : It is the price before discount given

Then, the discount value is

Marked price (M.P) and discount value are given.

Then shortcut to find the discount percentage is,

A trader cheats his customer to make a profit by stating that he sells at cost price. But he gives his customer less than 1000 grams (false weight) for every 1 kilogram.

Then, the profit percentage is 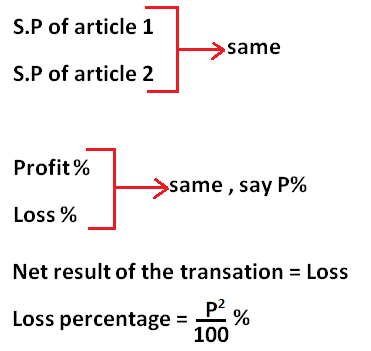 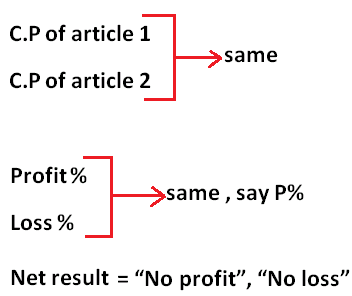 Do you need the shortcuts explained above as pdf document?

Apart from the shortcuts explained above, if you would like to have practice problems on profit and loss,