Mathematics is a subject with full of fun, magic and wonders. Here we are going to enjoy with some of this fun and wonder.

Let us take the number 42 and write it as

Similarly, the number 27 can be written as

In general, any two digit number ab made of digits ‘a’ and ‘b’ can be written as

Now let us consider the number 351.

This is a three digit number. It can also be written as

In general, a 3-digit number abc made up of digit a, b and c is written as

In the same way, the three digit numbers cab and bca can be written as

Reversing the digits of a two digit number :

Anderson asks David to think of a 2 digit number, and then to do whatever he asks him to do, to that number.

Their conversation is shown in the following figure.

Study the figure carefully before reading on.

Conversation between Anderson and David : 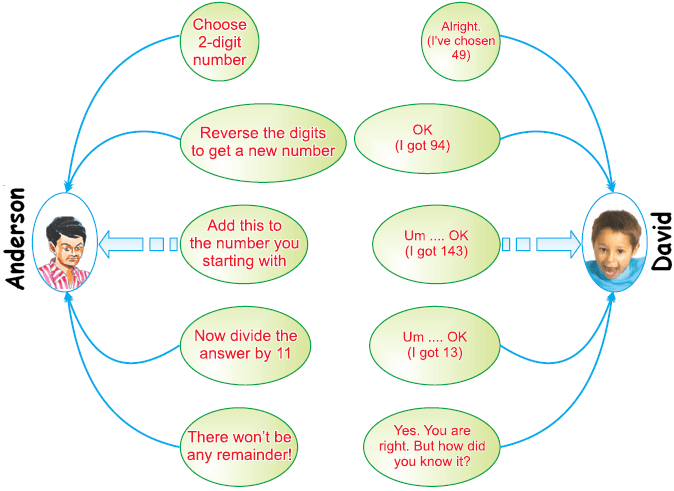 Now let us see if we can explain Anderson's  “trick”. Suppose, David chooses the number ab, which is a short form for the 2 -digit number 10a + b. On reversing the digits, he gets the number ba = 10b + a.

When he adds the two numbers he gets :

So the sum is always a multiple of 11, just as Anderson had claimed.

Identify the Pattern and Find the Next Three Terms

Study the pattern in the sequence.

The triangular shaped, pattern of numbers given below is called Pascal’s Triangle. 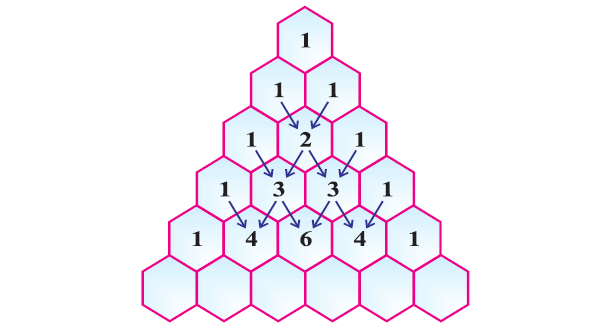 Identify the number pattern in Pascal’s triangle and complete the 6th row.

Look at the above table of numbers. This is called a 3 x 3 magic square. In a magic square, the sum of the numbers in each row, each column, and along each diagonal is the same.

Once we have decided on the set of numbers, say 1, 3, 5, 7 and 11,13,15,17 draw four projections out side the square, as shown in the figures given below and enter the numbers in order, as shown in a diagonal pattern.

The number from each of the projected box is transferred to the empty box on the opposite side.

First set out the digits in a circle as given below. 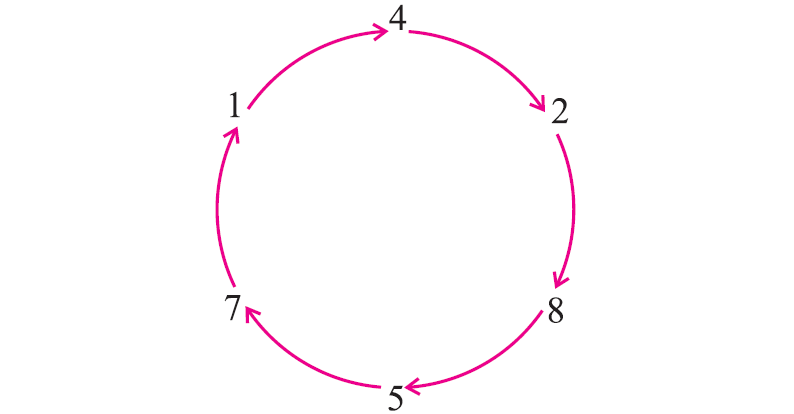 We observe that the number starts revolving the same digits in different combinations. These numbers are arrived at starting from a different point on the circle.