In this page parabola focus we are going to see examples of finding focus, latus rectum, vertices and directrix of a parabola.

For the four standard forms corresponding focus, directrix, vertex and length of the latus rectum is given below. 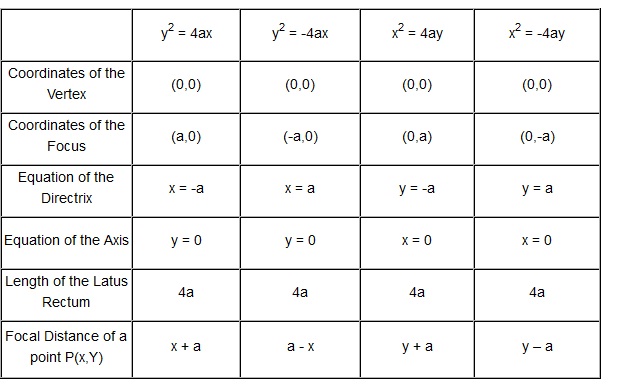 In this page parabola-focus, we have discussed how to find the focus, equation of directrix, vertices and length of the latus rectum. We will discus how to find the above in little different form of the equation.

Find the focus, latus rectum, vertices and directrix of the parabola

Now we can proceed as in the first example.

Equation of the directrix is   X=-a

Length of the latus rectum = 4