Math Dictionary-T deals with words starting with the letter T.

Tabulation of data is the method of systematic placing of data into tabular form. As we know, each table contains rows and columns, we can arrange the data in the symmetric form tabular form according to the collected information in rows and columns. The main purpose of this form is to simplify the presentation and facilitate the comparison.There are thee types of tabulation 1. Simple or one-way tabulation
2.Double or two way tabulation
3.Complex tabulation

In geometry a tangent or tangent line to a plane curve at a given point is the straight line that touches the curve at that point. In Trigonometry it is a tangent function denoted by tan θ which is equal to the ratio sin θ/cos θ.

A dissection Chinese puzzle consisting of seven flat shapes(tans) which are put together to form a shape.

We can say two circles touch each other externally when they lie on the opposite sides of the common tangent. 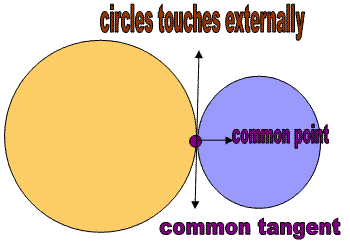 Two circles touching each other internally

Two circles will be touch each other internally when they lie on the same side of the common tangent. 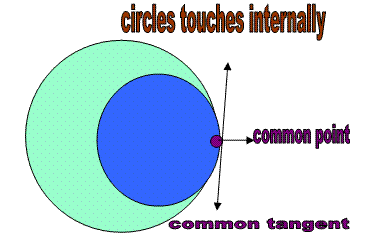 We had seen many words in this page math dictionary-t.

We update regularly math dictionary-T.  We welcome your valuable suggestions. Please use the given box below to express your suggestions.