Let A be a non-empty set. A function

That is, an identity function maps each element of A into itself.

The figure given below represents the graph of the identity function on R. 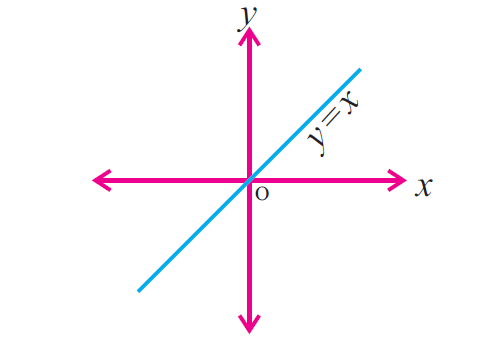 One to one or Injective function

Onto or Surjective function

One to one and Onto or Bijective function

After having gone through the stuff given above, we hope that the students would have understood identity function.