The function f is called constant function, if every element of A has the same image in B.

Range of a constant function is a singleton set.

The figure given below represents a constant function. 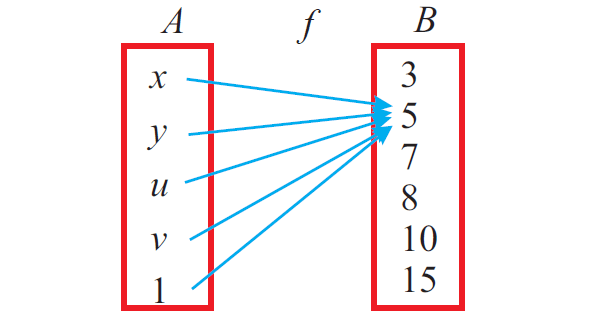 Write the elements of f (ordered pairs) using arrow diagram as shown below. 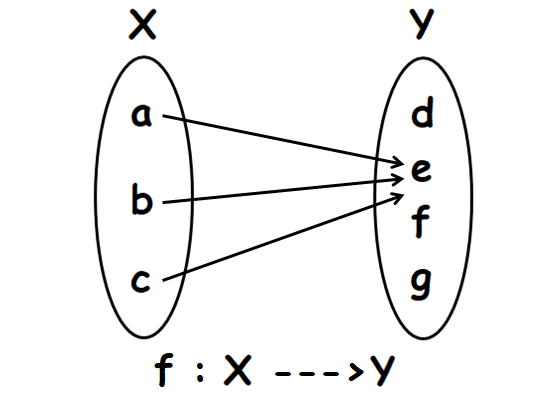 In the above arrow diagram, every element of X has the image "e" in Y.

So, f is a constant function.

Verify whether f is a function. if so, what type of function is f ? 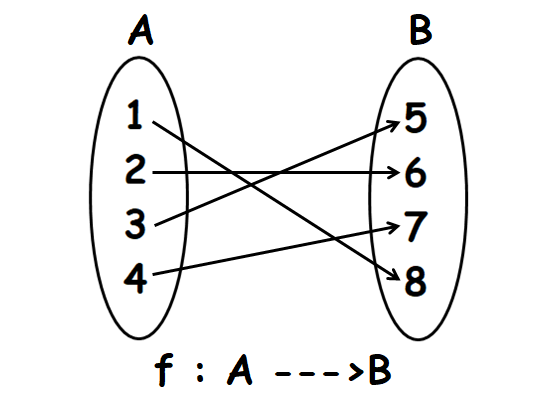 In the above arrow diagram, every element of A does not have the same image in B.

So, f is not a constant function.

One to one or Injective function

Onto or Surjective function

One to one and Onto or Bijective function

After having gone through the stuff given above, we hope that the students would have understood constant function.