We have learnt about very big numbers (a number with more number of digits) and fractions which is less than 1. We often use fractions like 1/4, 1/2, 3/4.

Very numbers also can be written as fractions. Why can't we use fractions to represent all small numbers ?

It is because of the difficulties in using fractions.

We have to convert them into like fractions by finding equivalent fractions and then add.

It was easy to use multiples of 10 in measurements. It will be easy if small numbers can be written as fractions with multiples of ten as denominators.

Look at the figure given below. 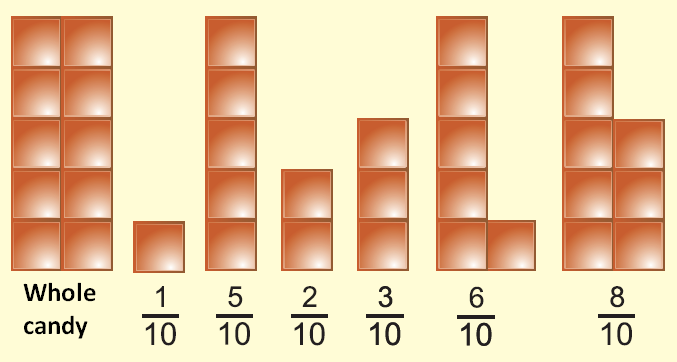 David has 6 candy bars, each connected with 10 connected pieces.

He gave some pieces to his friends and he finds that

5 pieces out of 10 from the second bar

3 pieces out of 10 from the fourth bar

8 pieces out of 10 from the sixth bar

We can write them as

0.1 is read as zero point one. The point between between the numbers is called decimal point.

A number in which we have "point" is called as dec. number.

A dec. number has two parts namely an integral part and a dec. part.

In a dec. number the digits to the left of the dec. point is the integral part.

The digits to the right of the dec. point is the dec. part.

The value of all the dec. parts is less than 1.

Dec. place value is nothing but the one which explains the position of each digit which comes after the dec. point. 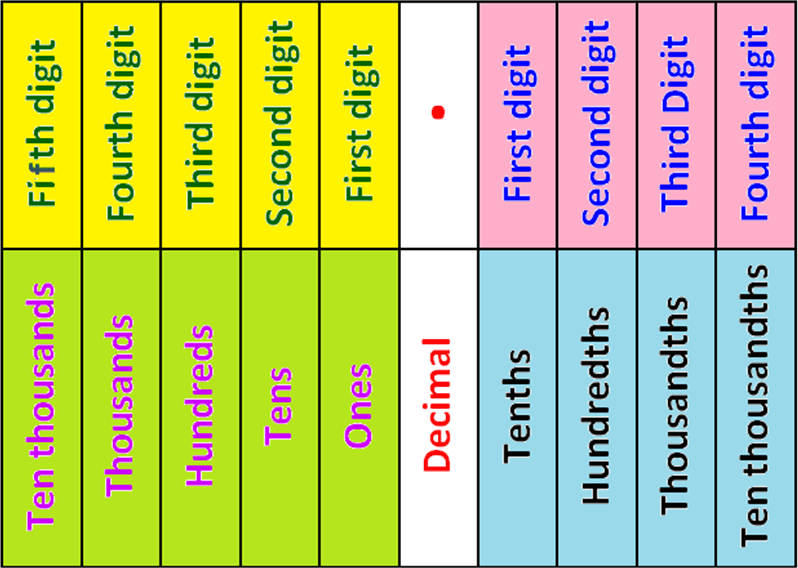 To have better understanding of the above chart, let us look at an example.