A geometrical shape with two parallel straight sides having two circular parts such that one is at the top and the other is at the bottom. 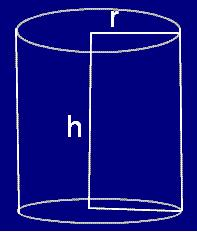 This one is a  solid which is being generated by rotating of rectangle about one of its sides.Consider the rectangle PQRS which is rotated about its side PQ and makes one complete rotation to reach the initial position.This rotation creates a right circular cylindrical solid. 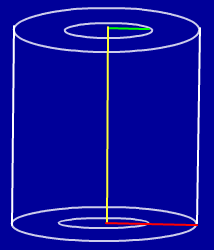 A solid which is being formed  by two co-axial piston chambers with the same height and same radii is called as hollow-cylindrical solid.

Role of radius and height in finding areas and volumes :

A solid right circular cylinder has radius of 14 cm and height of 8 cm. Find its curved surface area and total surface area. 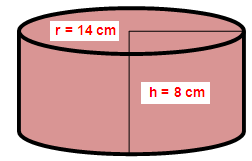 After having gone through the stuff given above, we hope that the students would have understood  this topic.

Apart from the stuff given above, if you want to know more about "Cylinder", please click here.