CONSTRUCTION OF PERPENDICULAR FROM A POINT ON A LINE

In this section, you will learn how to construct perpendicular from a point on a line.

To construct a perpendicular from a point on a line, you must need the following instruments.

The steps for the construction of a perpendicular from a point on a line are. 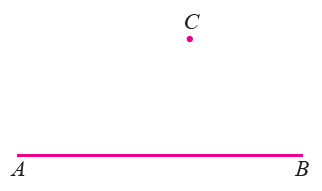 With C as center and any convenient radius draw arcs to cut the given line at two points P and Q. 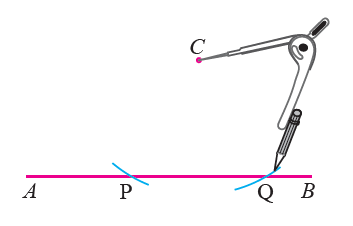 With P and Q as centers and more than half the distance between these points as radius draw two arcs to intersect each other at E. 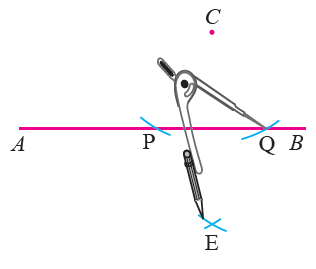 Join C and E to get the required perpendicular line. 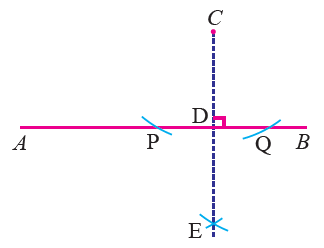 In the above figure, CE is the perpendicular to the line segment AB from the external point C.

This construction clearly shows how to draw the perpendicular to a given line segment from an external point with compass and straightedge or ruler.