The probability of picking a piece of dark chocolate out of a bowl of candy is 5/6. Which of the following  could NOT be the number of pieces of candy in the bowl?

Probability of getting dark chocolate  =  5/6

Hence the required answer is 11.

Two pyramids are glued together base to base.  The area of each base is 25 square inches, and the height of one of the pyramids is 3 in.The other  pyramid is twice as high. What is the total volume of the combined figure?

Area of the base of pyramid  =  25 square inches

Height of one pyramid  =  3 inches

Hence a is multiplied by 4 is the answer.

Number of students who choose pizza  =  24

Number of students who choose hamburgers  =  15

Number of students who choose neither  =  1 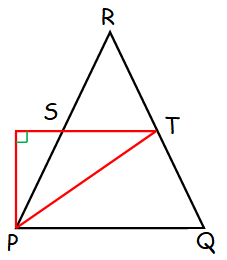 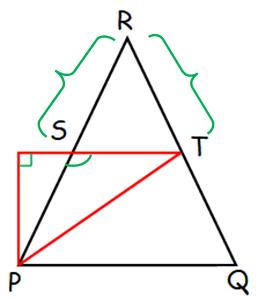 Hence the answer is 120 degree. 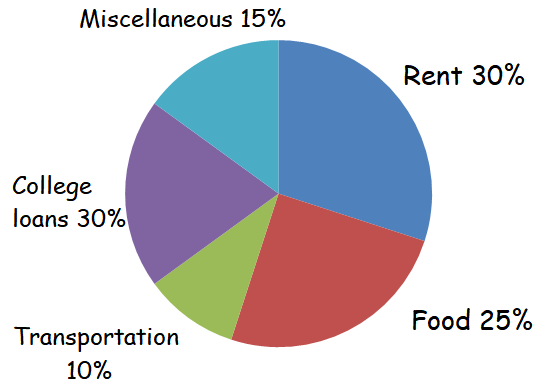 The graph above shows the distribution of Pete’s $1,200 living expenses.  Pete has two roommates and splits the cost of rent with them equally, so the amount he pays for rent is only part of the total rent for the apartment in which he lives.  What is the total rent for Pete’s apartment ?

But he realizes, he was going 15 miles per hour over the speed limit.

If the parenthesis  were removed from the above expression, what would be the change in the value of the expression?

(A)  There will be no change in value

Hence the answer is a decrease of 10. 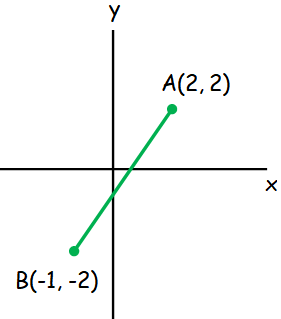 Point C (not shown) is on the midpoint of AB.  What is the y-coordinate of point c?