A vector is a quantity that has both direction and magnitude, or size, and is represented by an arrow drawn between two points.

Finding the Magnitude of a Vector

The magnitude of a vector AB is the distance from the  initial point A to the terminal point B, and is written |AB|.

If a vector is drawn in a coordinate plane, we can use the Distance Formula to find its magnitude. 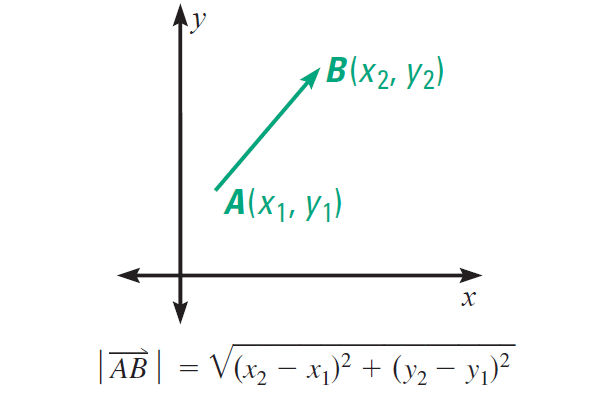 Finding the Magnitude of a Vector

The initial and terminal points of the vector PQ are points P and Q. Draw PQ in a coordinate plane. Write the component form of the vector and find its magnitude. 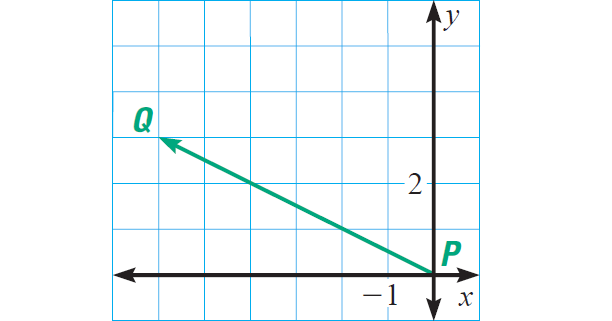 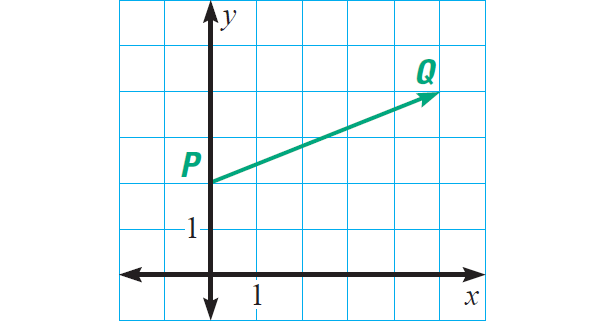 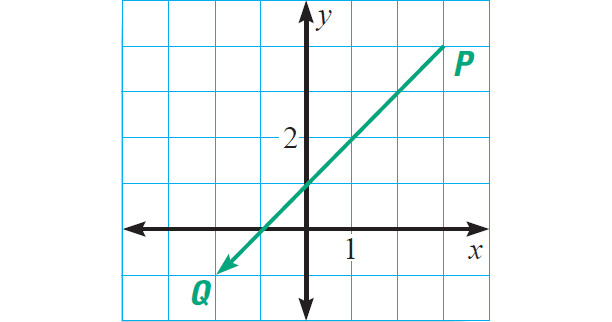 Direction of a Vector

The direction of a vector is determined by the angle it makes with a horizontal line. In real-life applications, the direction angle is described relative to the directions north, east, south, and west.

The vector AB describes the velocity of a moving ship. The scale on each axis is in miles per hour. 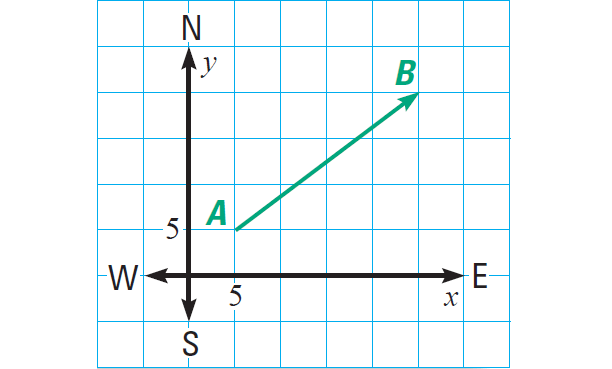 (i) Find the speed of the ship.

(ii) Find the direction it is travelling relative to east.

The magnitude of the vector AB represents the speed of the ship.

We can use the distance formula to find the magnitude of the vector AB.

The speed of the ship is 25 miles per hour. 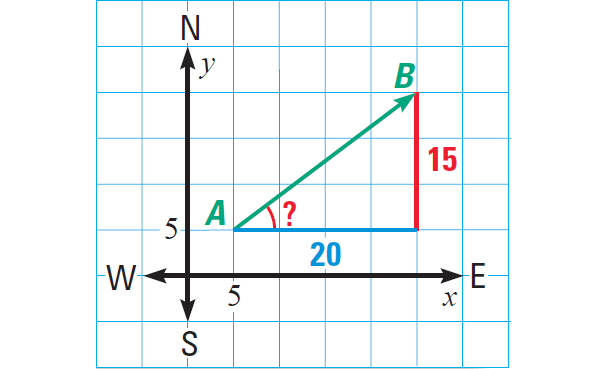 We can use the calculator to find angle measure as shown below.

The ship is travelling in a direction about 37° north of east.

Two vectors are equal, if they have the same magnitude and direction. They do not have to have the same initial and terminal points.

Two vectors are parallel, if they have the same or opposite directions. 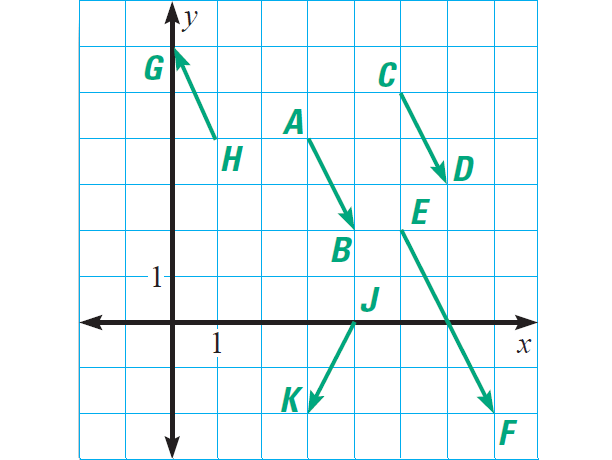 In the diagram shown above, the vectors AB, CD and EF have same direction.

But only the vectors AB and CD are equal in length.

So, the following vectors are equal vectors.

And the following vectors are parallel vectors. 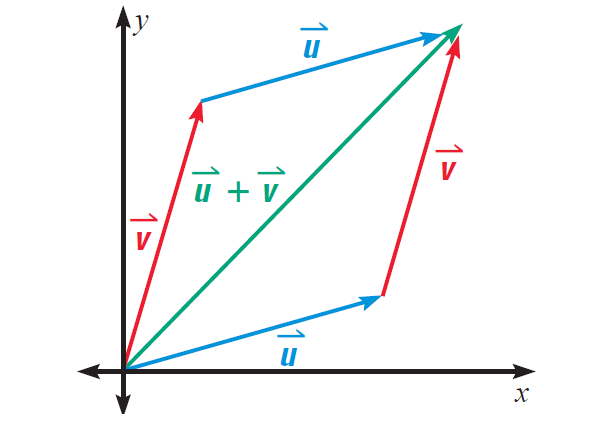 This method of adding vectors is often called the parallelogram rule because the sum vector is the diagonal of a parallelogram.

We can also add vectors algebraically.

Finding the Sum of Two Vectors 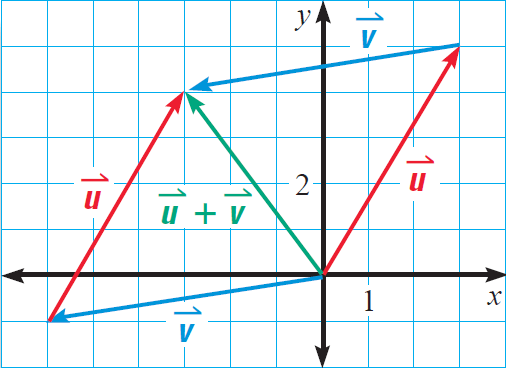 The sum vector is