In the trigonometric functions sin θ, cos θ, tan θ, csc θ, sec θ and cot θ, if the angle θ is greater than or equal to 360°, we have to do the following steps.

For example, let us consider the angle 450°.

It has been given in the figure given below. 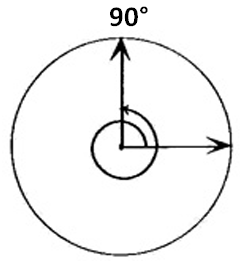 To know the sign of the value of trigonometric function, we have to be aware of ASTC formula.

The ASTC formula can be remembered easily using the following phrases.

ASTC formula has been explained clearly in the figure shown below. 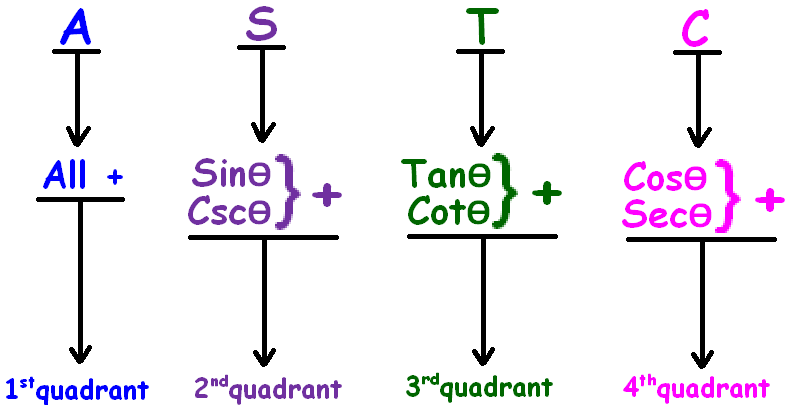 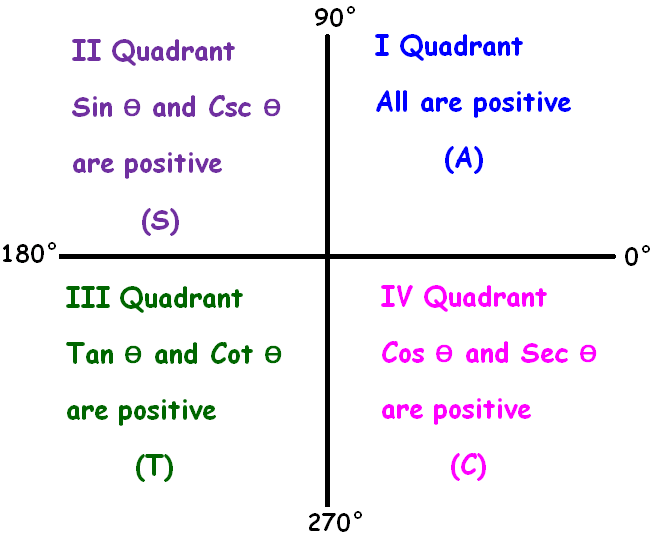 In the first quadrant (0° to 90°), all trigonometric ratios are positive.

In the second quadrant (90° to 180°), sin and csc are positive and other trigonometric ratios are negative.

In the third quadrant (180° to 270°), tan and cot are positive and other trigonometric ratios are negative.

In the fourth quadrant (270° to 360°), cos and sec are positive and other trigonometric ratios are negative.

We have to do the following conversions,

Since the given angle (-870°) has negative sign, we have to assume it falls in the fourth quadrant.

In the fourth quadrant, "cos" is positive.