In geometry, we may already be familiar with two-columns proof, paragraph proofs and flow proofs. A coordinate proof involves placing geometric figures in a coordinate plane. Then, we can use the distance formula and the midpoint formula, as well as postulates and theorems to prove statements about the figures.

Place a 2-unit by 6-unit rectangle in a coordinate plane.

(i) One vertex is at the origin, and three of the vertices have at least one coordinate that is 0. 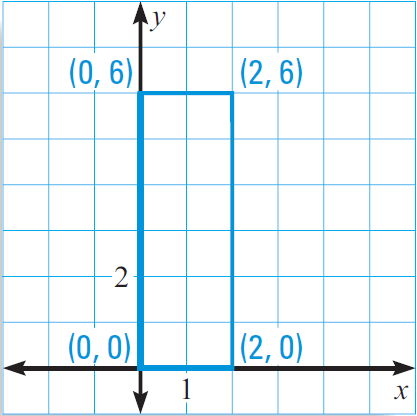 (ii) One side is centered at the origin, and the x-coordinates are opposites. 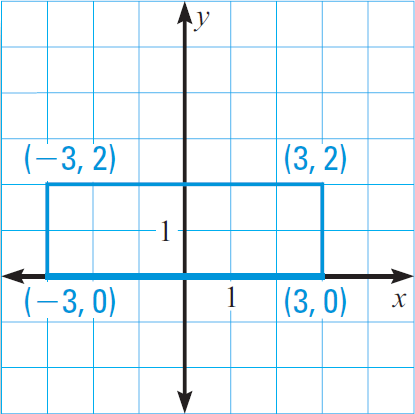 Once a figure has been placed in a coordinate plane, you can use the Distance Formula or the Midpoint Formula to measure distances or locate points.

A right triangle has legs of 5 units and 12 units. Place the triangle in a coordinate plane. Label the coordinates of the vertices and find the length of the hypotenuse.

Based on the information given in the question, one possible placement of the triangle is shown below. 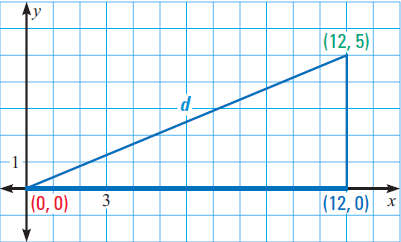 We can use the Distance Formula to find the length of the hypotenuse.

In the diagram shown below, ΔMLO ≅ ΔKLO, find the coordinates of point L. 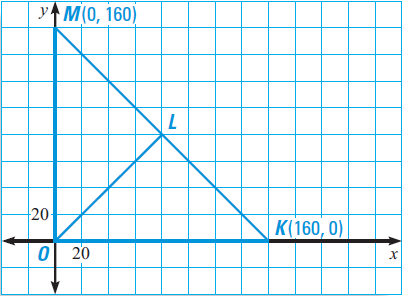 Because the triangles are congruent, it follows that

So, point L must be the midpoint of MK. This means, we can use the Midpoint Formula to find the coordinates of point L.

In the diagram shown below, prove that ΔOTU ≅ ΔUVO. 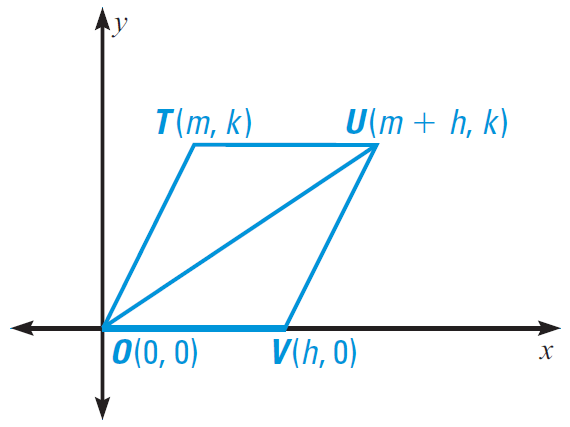 Given : Coordinates of figure OTUV.

Segments OV and TU have the same length.

To find the length of OV, substitute

To find the length of TU, substitute

Horizontal segments TU and OV, each has a slope of 0. This implies that TU and OV are parallel. Segment OU intersects TU and OV to form congruent alternate interior angles ∠TUO  ≅  ∠VOU.

Because OU  ≅  OU, we can apply the SAS Congruence Postulate to conclude that