SURFACE AREA OF PRISMS AND CYLINDERS

Finding the Surface Area of a Prism

A prism is a polyhedron with two congruent faces, called bases, that lie in parallel planes. The other faces, called lateral faces, are parallelograms formed by connecting the corresponding vertices of the bases. The segments connecting these vertices are lateral edges. 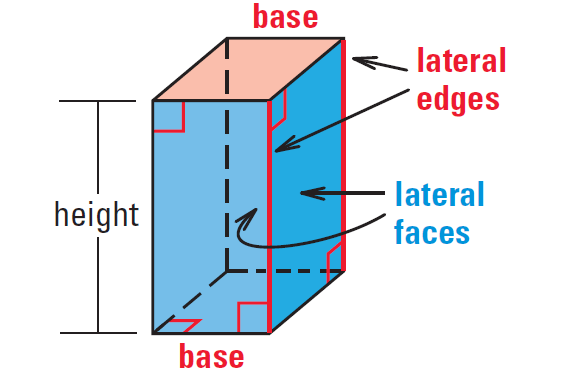 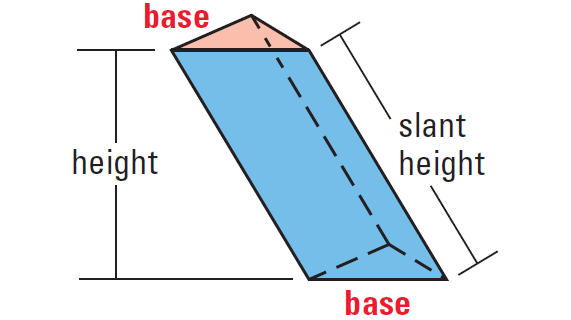 Imagine that you cut some edges of a right hexagonal prism and unfolded it.

The two-dimensional representation of all of the faces is called a net. 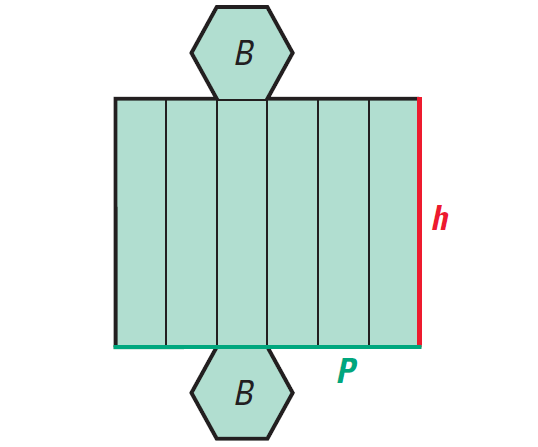 In the net of the prism, notice that the lateral area (the sum of the areas of the lateral faces) is equal to the perimeter of the base multiplied by the height.

Surface Area of a Right Prism

where B is the area of a base, P is the perimeter of a base, and h is the height.

Finding the Surface Area of a Cylinder

The lateral surface area is the area of its curved surface. The lateral area is equal to the product of the circumference and the height, which is 2πrh.

The entire surface area of a cylinder is equal to the sum of the lateral area and the areas of the two bases.

Surface Area of a Right Cylinder

The surface area S of a right cylinder is

where B is the area of a base, C is the circumference of a base, r is the radius of a base, and h is the height.

If you would like to have worksheet on surface area of prisms and cylinders,