SURFACE AREA OF PRISM AND CYLINDER

The surface area of any prism equals the sum of the areas of its faces, which include the floor, roof and walls. Because the floor and the roof of a prism have the same shape, the surface area can always be found as follows.

A cube is a right rectangular prism with square upper and lower bases and a square vertical faces.

Now let us see how to find the surface of square 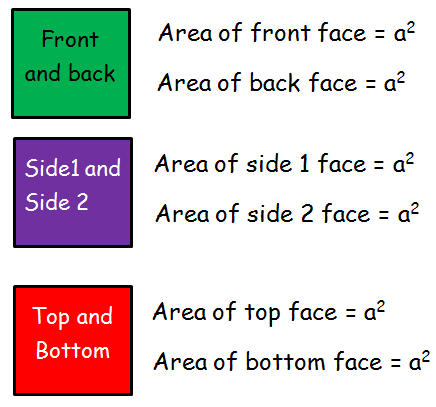 A cuboid is a three-dimensional shape with a length, width, and a height. The cuboid shape has six sides called faces 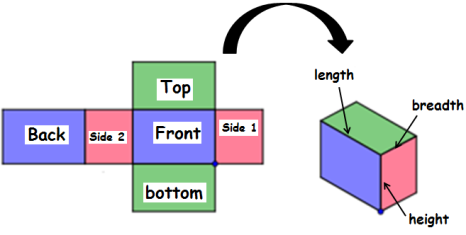 A cylinder is a solid with congruent parallel circular bases connected by a curved surface. 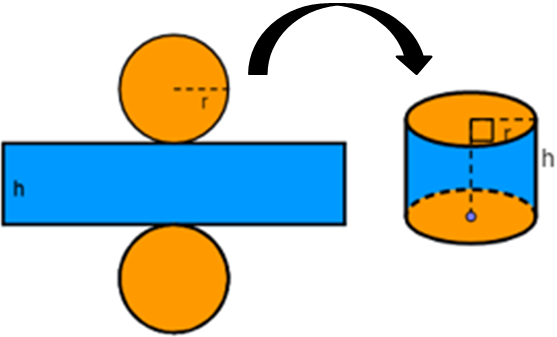 Curved Surface Area of a cylinder is

=  Circumference of the base x Height

If a circular disc is rotated about one of its diameter, the solid thus generated is called sphere. Thus sphere is a 3- dimensional object which has surface area.

The following activity may help us to visualize the surface area of a sphere as four times the area of the circle with the same radius.

Now, the radius of the sphere is

=  radius of the four equal circles.

Curved surface area of a sphere is 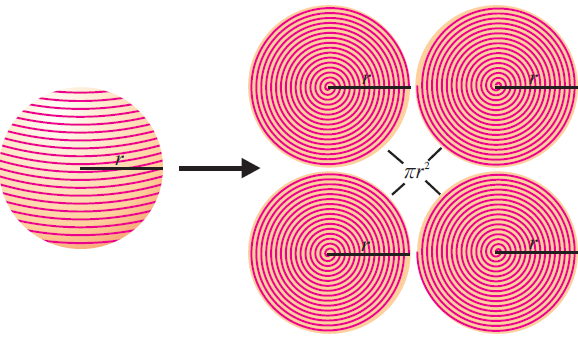 A plane passing through the center of a solid sphere divides the sphere into two equal parts. Each part of the sphere is called a solid hemisphere.

Curved surface area of hemisphere is

Total surface area of hemisphere is

=  curved surface area + area of base 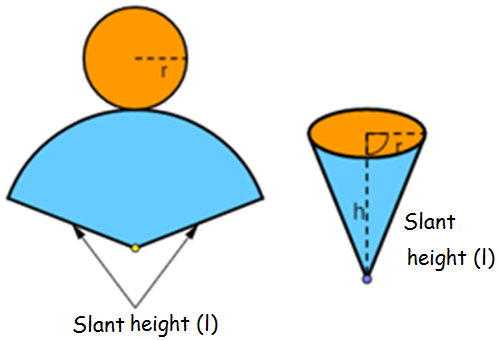 Let us consider a sector with radius l and central angle. Let L denote the length of the arc.

Now, join the radii of the sector to obtain a right circular cone.

Let r be the radius of the cone.

Let "A" be the area of sector.

So, curved surface area of the cone is

=  Area of the sector

Total surface area of hemisphere is

=  curved surface area + area of base

In the above triangular prism, there are five faces. The shape of the base and the two slanting faces is rectangle. The shape of two faces on the left side and right side  is triangle.

For the given triangular prism,

Area of the other slanting face  =  Ls

So, surface area is