In this section, you will learn, how to find square root of a number step by step.

Separate the digits by taking commas from right to left once in two digits.

When we do so, we get 10 before the first comma.

Now we have to multiply a number by itself such that

(The product must be greatest and also less than 10)

The above condition will be met by “3”.

In the above picture, 9 is subtracted from 10 and we got the remainder 1.

Now, we have to bring down 49 and quotient 3 to be multiplied by 2 as given in the picture below. 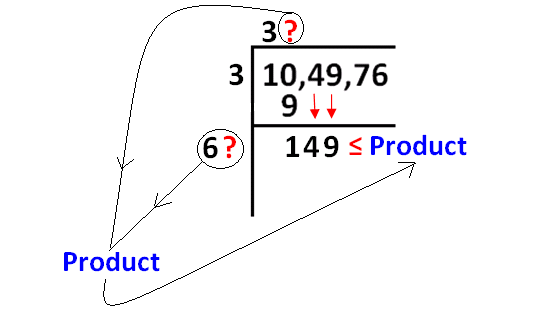 Now we have to take a same number at the two places indicated by "?".

Then, we have to find the product as shown in the picture and also the product must meet the condition as indicated. 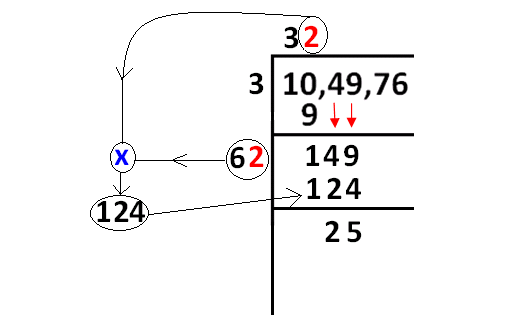 Than we have to do the calculation as given in the picture.

Now, we have to bring down 76 and quotient 32 to be multiplied by 2 as given in the picture below. 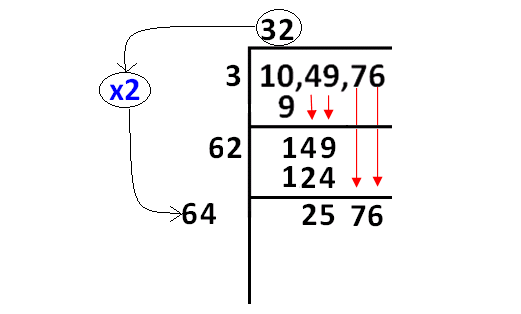 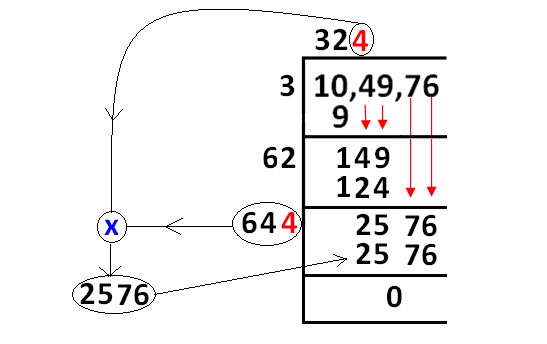 In the above picture, we have applied the procedures explained in step 4 and step 5. And we got the remainder zero. 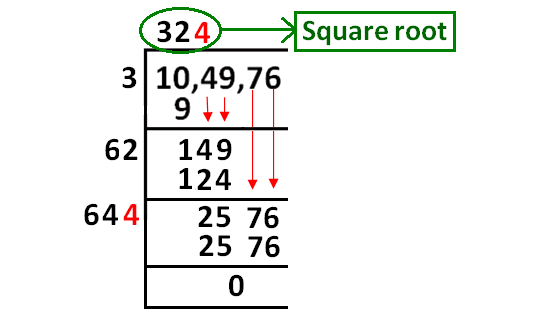 Answers for the above questions :