Find the augmented matrix [A, B] of the system of equations.

Find the rank of A and rank of [A, B] by applying only elementary row operations.

Column operations should not be applied.

If there are n unknowns in the system of equations and

then the system AX = B, is consistent and has a unique solution.

If there are n unknowns in the system AX = B

then the system is consistent and has infinitely many solutions and these solutions.

then the system AX = B is inconsistent and has no solution. 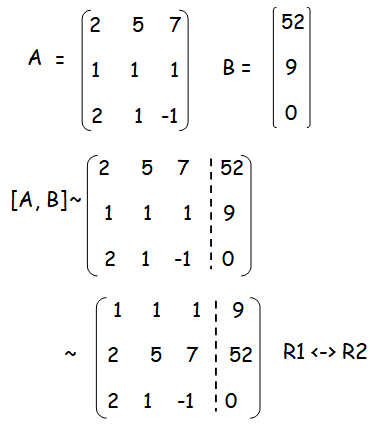 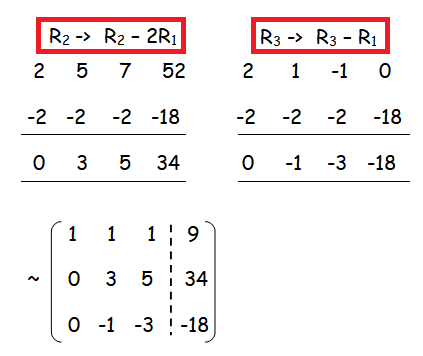 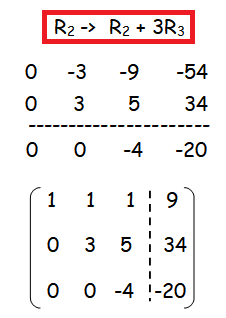 Number of non zero rows are 3. 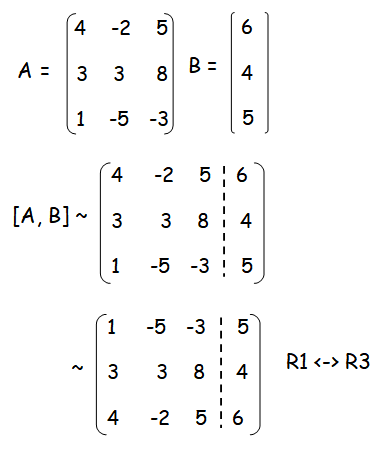 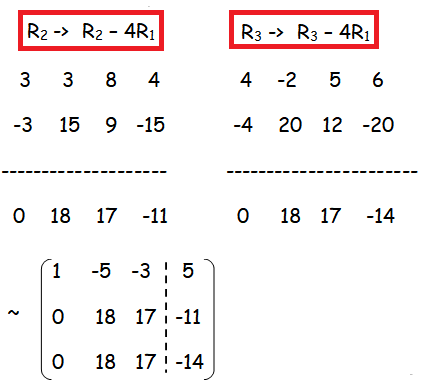 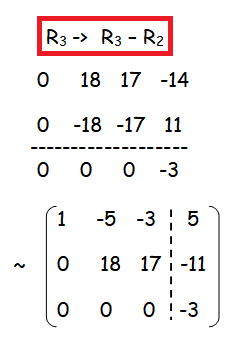 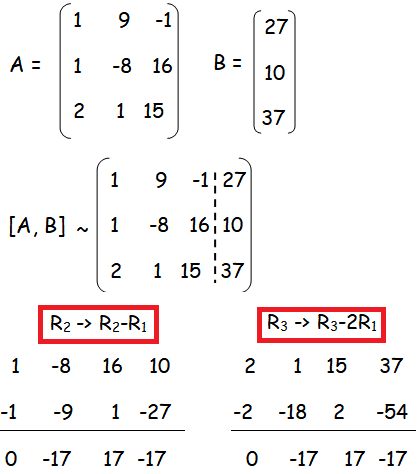 From the 1st row,

From the 2nd row,