In this section, we will learn, how to solve linear equations in two variables using graphical method.

Form the pair of linear equations in the following problems, and find their solutions graphically.

Total number of students in the class = 10

Let “x” be the number of boys

Let “y” be the number of girls

Number of girls is 4 more than the number of boys

So far we have formed two equations from the above given information. Now we need to make a graph. 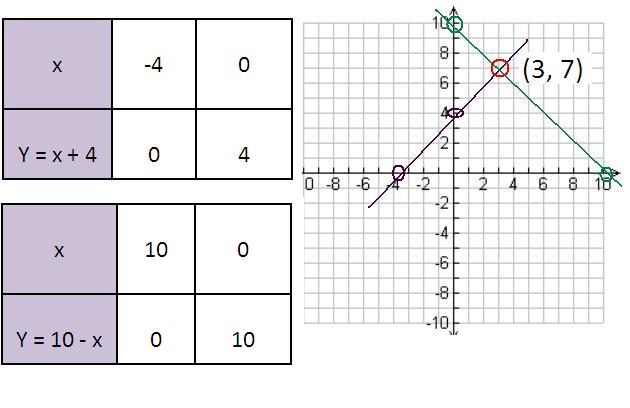 The above lines are intersecting at the point (3, 7).

Let “x” be the cost of one pencil

Let “y” be the cost of one pen 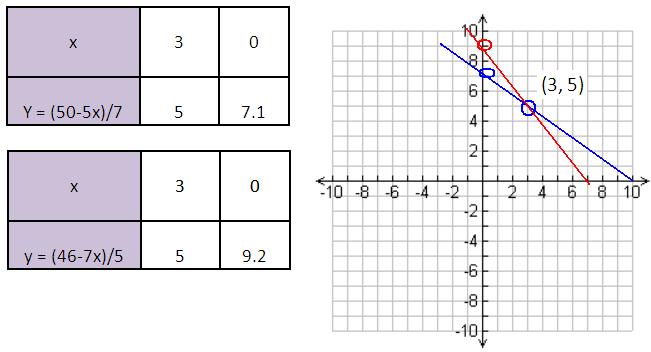 After having gone through the stuff given above, we hope that the students would have understood, section formula worksheet with answers.