In the diagram shown below, PQRS is similar to WXYZ. The symbol ∼ is used to indicate similarity. 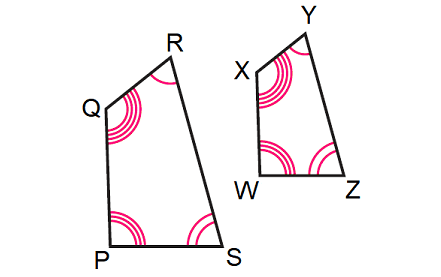 In the diagram shown above, because PQRS is similar to WXYZ, we have

If two polygons are similar, then the ratio of their perimeters is equal to the ratios of their corresponding side lengths. 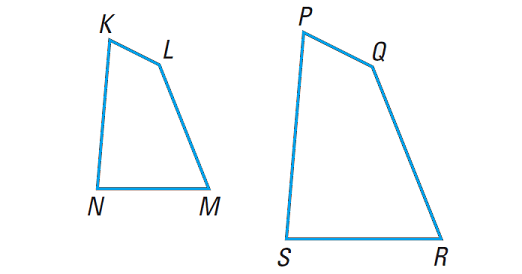 In the diagram shown above, if KLMN ∼ PQRS, then

Pentagons JKLMN and STUVW shown below are similar. List all the pairs of congruent angles. Write the ratios of the corresponding sides in a statement of proportionality. 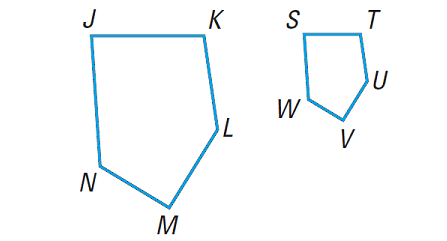 Because JKLM ∼ STUVW, we can write

We can write the statement of proportionality as follows :

Decide whether the figures are similar. If they are similar, write a similarity statement. 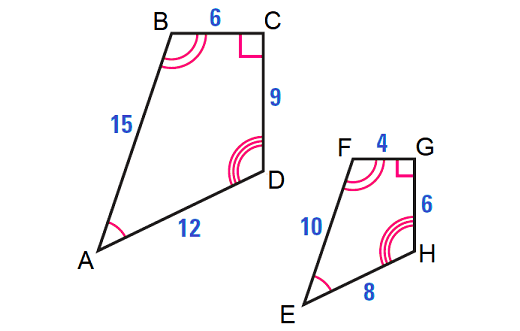 Hence, the two figures are similar and we can write

If two polygons are similar, then the ratio of the lengths of two corresponding sides is called the scale factor. In the above example, the common ratio is 3/2 is the scale factor of ABCD to EFGH.

We are asked to create a poster to advertise a field trip to see the Liberty Bell. We have a 3.5 inch by 5 inch photo that you want to enlarge. We want the enlargement to be 16 inches wide. How long will it be ? 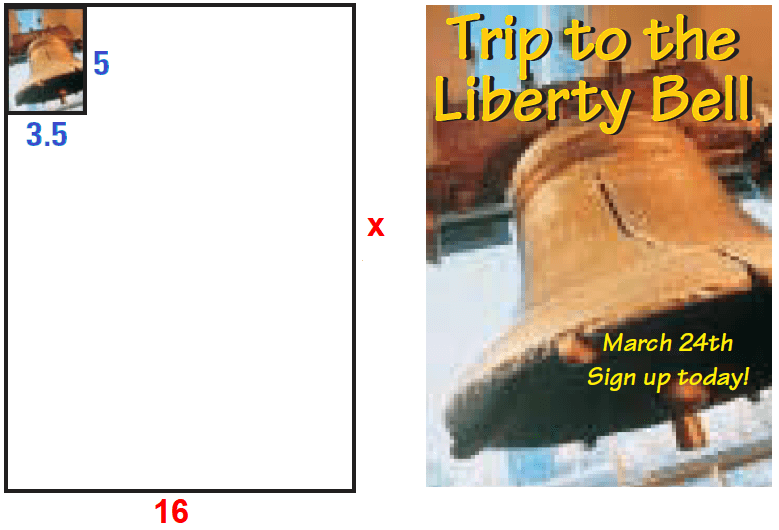 From the diagram shown above, we have

Hence, the length of the enlargement will be about 23 inches.

The rectangular patio around a pool is similar to the pool as shown below. Calculate the scale factor of the patio to the pool, and find the ratio of their perimeters.

Because the rectangles are similar, the scale factor of the patio to the pool is 48 ft : 32 ft, which is 3 : 2 in simplified form.

The perimeter of the patio is

and the perimeter of the pool is

The ratio of the perimeters is

In similar figures, the ratio of the perimeters is the same as the scale factor.

Because the quadrilaterals JKLM is similar to PQRS, we can set up the proportion that contains PQ.

Multiply each side by 10.