Ages of the First 12 United States Presidents at the Beginning of Their Terms in Office. 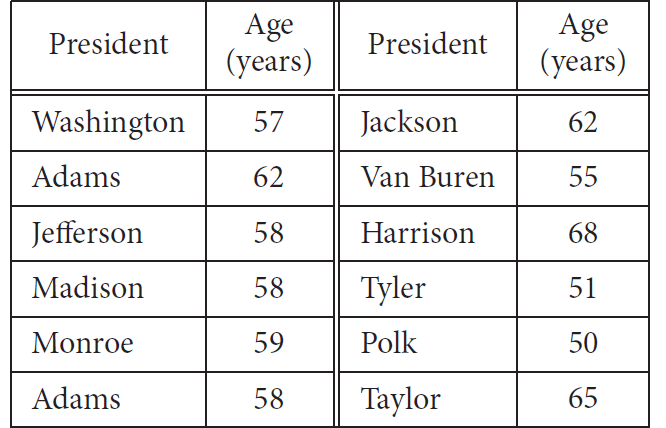 The table above lists the ages of the first 12 United States presidents when they began their terms in office. According to the table, what was the mean age, in years, of these presidents at the beginning of their terms? (Round your answer to the nearest tenth.)

The mean of a data set is determined by calculating the sum of the values and dividing by the number of values in the data set. 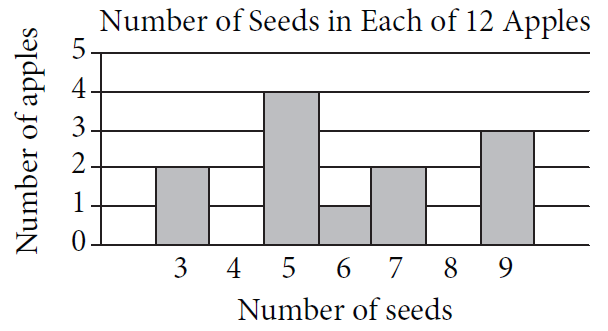 Based on the histogram above, of the following, which is closest to the average (arithmetic mean) number of seeds per apple?

Total number of seeds in 12 apples :

Average number of seeds per apple :

A) The homes have values that are close to each other.

B) There are a few homes that are valued much less than the rest.

C) There are a few homes that are valued much more than the rest.

Median is the middle value of a data.

For any data, mean the best representative all the values in the data. 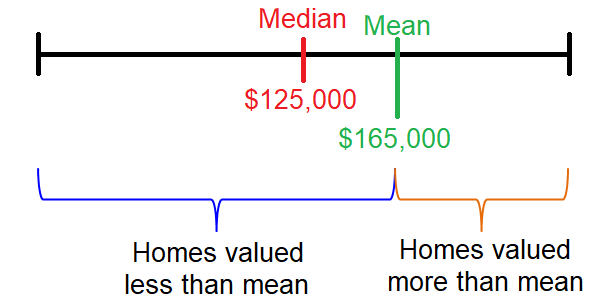 An online store receives customer satisfaction ratings between 0 and 100, inclusive. In the first 10 ratings the store received, the average (arithmetic mean) of the ratings was 75. What is the least value the store can receive for the 11th rating and still be able to have an average of at least 85 for the first 20 ratings?

Multiply both sides by 10.

Multiply both sides by 20.

Therefore, the least possible value for the 11th rating is

From the information given,

The correct answer choice is (B).

Multiply both sides by 8.

After removing the highest individual score,

Multiply both sides by 7.