We can use the following rules to find the image after 90°, 180°, 270° clockwise and  counterclockwise rotation. 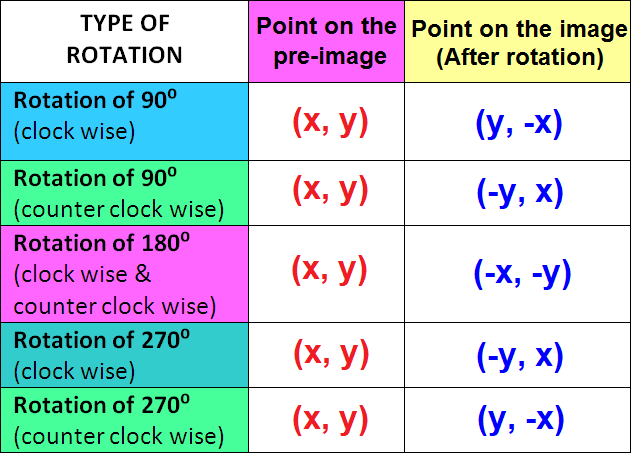 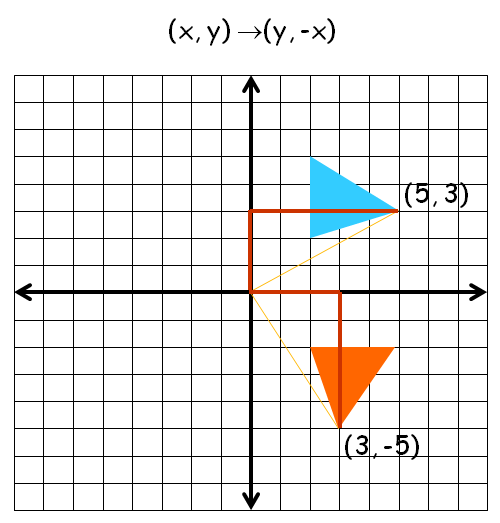 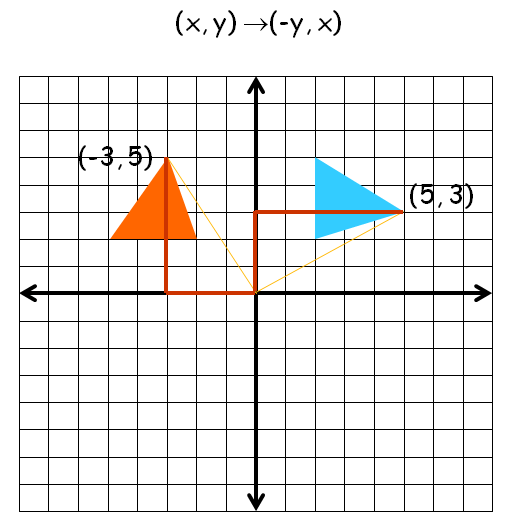 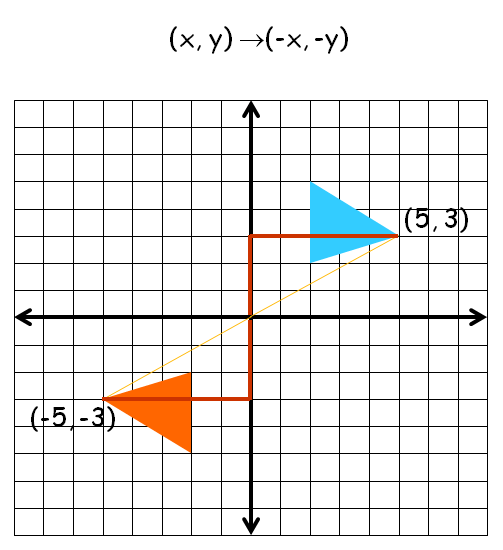 Let us consider the following example to have better understanding of reflection.

Based on the rule given in step 1, we have to find the vertices of the reflected triangle A'B'C'

Vertices of the reflected triangle are

How to sketch the rotated figure ?

4. When we rotate the given figure about 90° clock wise, we have to apply the formula

5. When we apply the formula, we will get the following vertices of the image (rotated figure).

7. When plot these points on the graph paper, we will get the figure of the image (rotated figure).