Set can be represented in any one of the following three ways or forms.

Let us discuss the above different forms representation of a set in detail.

In roster form we write,

In roster form we write,

Representation of set in Different Forms 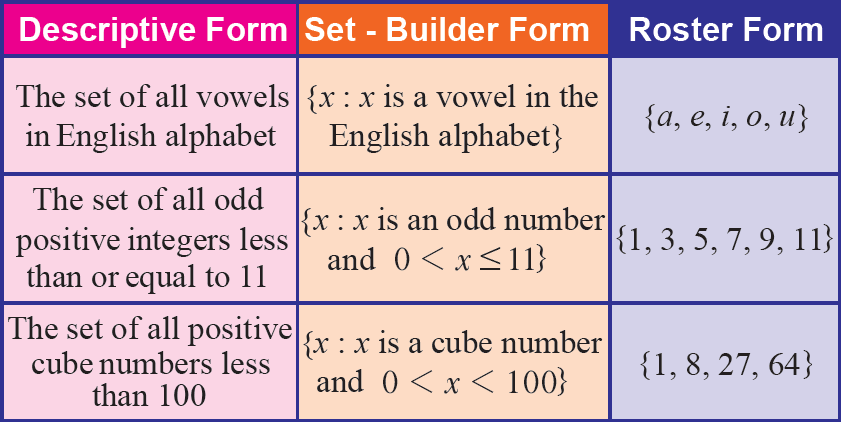 (iv)  If there are either infinitely many elements or a large finite number of elements, then three consecutive dots called ellipsis are used to indicate that the pattern of the listed elements continues, as in