About the topic "Representation of functions"

Here we are going to see "How to represent a function"

A function can be represented in the following four ways.

The elements of A and their respective images under f can be given in the form of a table.

An arrow diagram indicates the elements of the domain of f and their respective images by means of arrows.

The ordered pairs in the collection f are plotted as points (x, y) in the x-y plane. The graph of f is the totality of all such points.

Let us represent f using a table as shown below.

These points are plotted on the x-y plane as shown below.

The totality of all points represent the graph of the function. 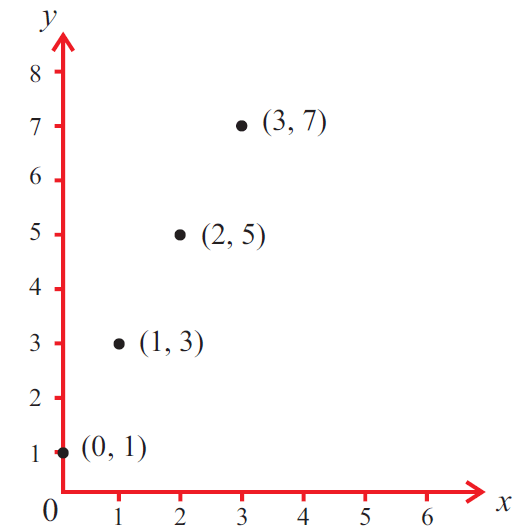 After having gone through the stuff given above, we hope that the students would have understood "Representation of functions".

Apart from the stuff given above, if you want to know more about "Representation of functions", please click here