In this section, you will learn how to find remainder when 2 power 256 is divided by 17.

When we look at the above table carefully, 20  is divided by 17 and the remainder is 1.

Again we get remainder 1 for power 8.

This is a multiple of 8. Because

What if the exponent is not a multiple of 8?

Let assume an exponent which is not a multiple of 8.

For example, say the exponent is 263.

Write 263 in terms of multiple of 8 using division algorithm.

As explained in the above picture, using division algorithm, we can write 2256 as

Now we can get the remainder when 2263 divided by 17 as given below. 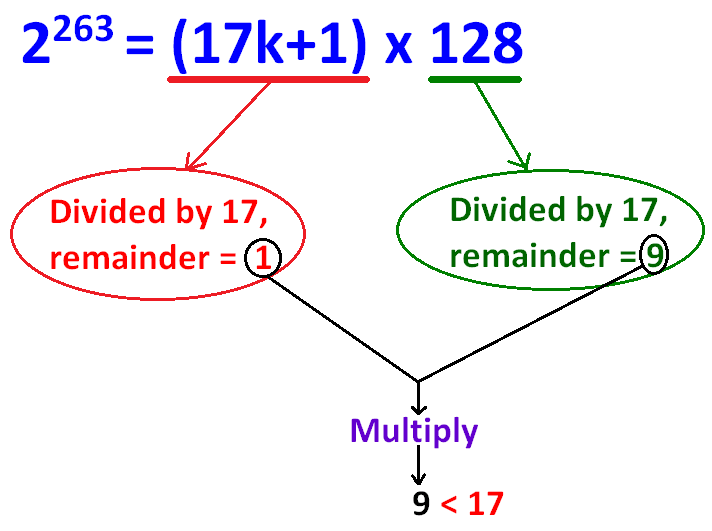