The calculator provided in this section can be used to find regression equation of y on x.

It does not give only the regression equation of y on x and also it will give you the slope, arithmetic means of x and y and intercept.

If the calculator does not work for your data, please check whether the number of inputs for x and y are same. 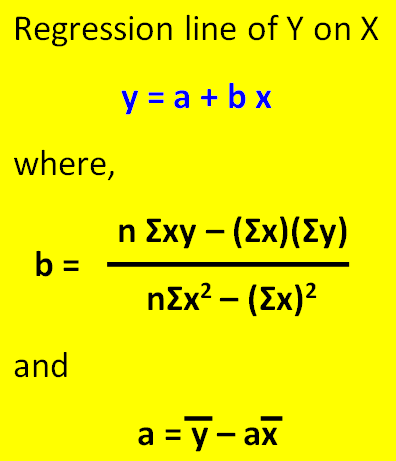