We can find the areas of polygons by breaking the polygons into smaller shapes. Then we can apply area formulas we already know.

Here we are going to see how to solve practical problems using the concept area and perimeter of polygons.

The diagram shows the shape and dimensions of Teresa’s rose garden.

(a) Find the area of the garden

(b) Teresa wants to buy mulch for her garden. One bag of mulch covers 12 square feet. How many bags will she need? 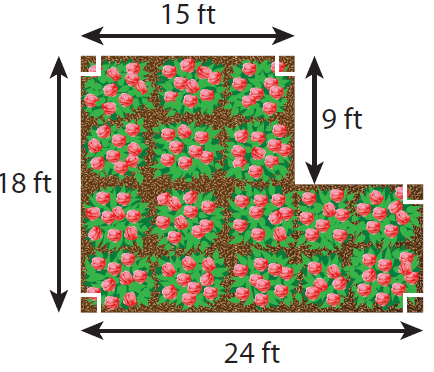 By drawing a horizontal line, we have divided the given shape as two parts. 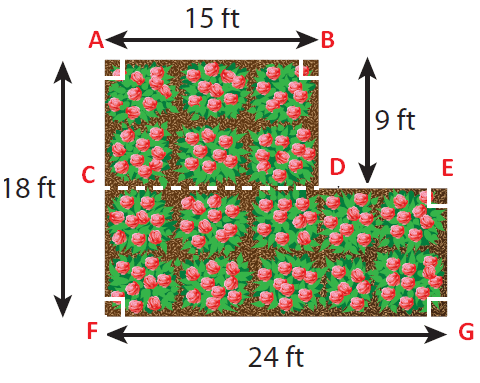 (2) CEFG is also a rectangle

Area of the garden

= Area of rectangle ABCD + Area of the rectangle CEFG

Hence, she will need 30 bags of mulch

The diagram shows the floor plan of a hotel lobby. Carpet costs $3 per square foot. How much will it cost to carpet the lobby? 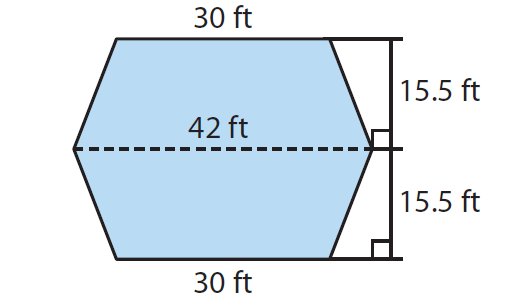 By observing the above picture, we can find two trapeziums of same size. Since both are having same size. We can find area of one trapezium and multiply the area by 2.

Cost of carper per square feet = $3

Jess is painting a giant arrow on a playground. Find the area of the giant arrow. If one can of paint covers 100 square feet, how many cans should Jess buy? 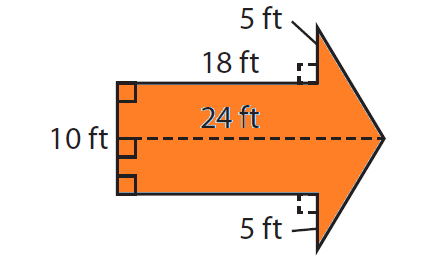 Now we are going to divide this into three shapes. Two triangles and one rectangle. 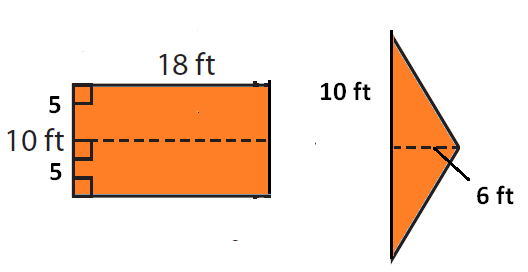 one can of paint covers 100 square feet

Hence Jessy has to 3 cans of paint.

After having gone through the stuff given above, we hope that the students would have understood "Real world problems involving area and perimeter".

Apart from the stuff given above, if you want to know more about "Real world problems involving area and perimeter", please click here