In this section, we are going to study one of the most famous theorems in mathematics — the Pythagorean Theorem. The relationship it describes has been known for thousands of years.

It has been illustrated in the diagram shown below.

There are many different proofs of the Pythagorean Theorem. One is shown below.

Given : In ΔABC, ∠BCA is a right angle. 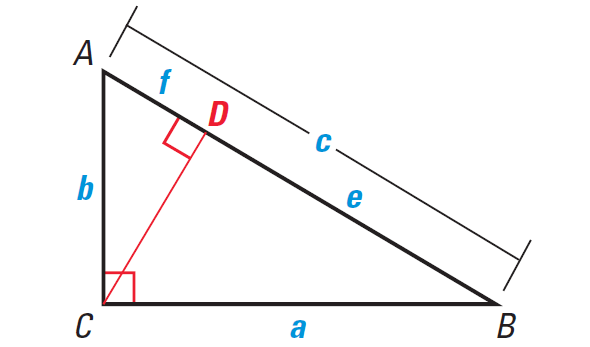 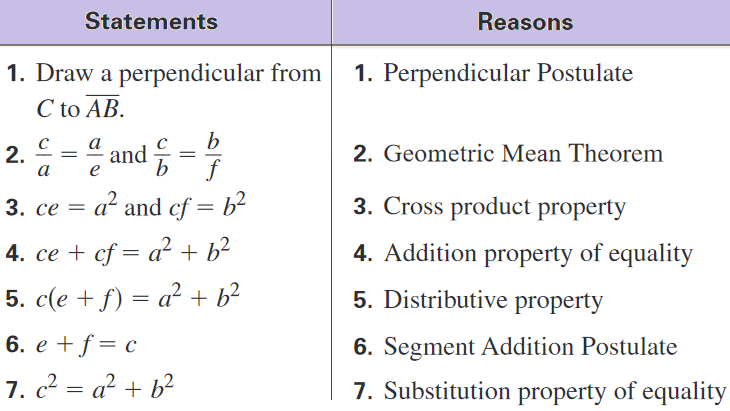 A Pythagorean triple is a set of three positive integers a, b, and c that satisfy the equation

For example, the integers 3, 4 and 5 form a Pythagorean triple.

Finding the Length of a Hypotenuse

Find the length of the hypotenuse of the right triangle shown below. Tell whether the side lengths form a Pythagorean triple.

So, the length of the hypotenuse is 13 units.

Finding the Length of a Leg

Find the length of the leg of the right triangle shown below.

Subtract 49 from each side.

Hence, the required side length is 7√3 units.

Finding the Area of a Triangle

Find the area of the triangle to the nearest tenth of a meter.

We are given that the base of the triangle is 10 meters, but we do not know the height h.

Because the triangle is isosceles, it can be divided into two congruent right triangles with the given dimensions. Use the Pythagorean Theorem to find the value of h.

Subtract 25 from each side.

Now find the area of the original triangle.

Use calculator to approximate.