Since we have even power, so the negative sign will become positive.

In a scaled diagram, 1 inch represents 20 feet. How many square inches on the diagram represent 1 square foot ?

To find the greatest common factor, we have to decompose the given numbers into the prime factors until we get prime numbers. 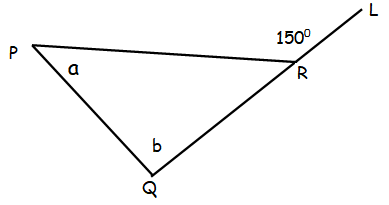 From the given picture, we have

If P is an odd integer, which of the following must be an even number ?

Diameter of the circle  =  P

Hence the required area of the circle is 2π.

Number of sides in the given polygon

So, the given polygon has 6 sides, it is hexagon.

If the perimeter of the triangle shown above is the circumference of a circle, then what is the radius of the circle?

Perimeter of triangle  =  Sum of lengths of all sides

Let "x" be the length of unknown side.

Hence the radius of circle is 6