Here we are going to see a some practice questions for PSAT exams. For each and every questions, you will have solutions with step by step explanation.

By applying the increase rate in (1)

Since base are equal, powers are also equal

Taking squares on both sides, we get

AnB is the set of common elements of both sets A and B.

Since we have 10 in the denominator, we have to move the decimal point 1 digit to the left.

In order to represent in scientific notation, we have to move the decimal point three digits to the right side.

The largest element of the given set is 1/2. To get the maximum value of y, we have to apply 1/2 instead of x.

Hence the answer is x3z/y.

What is the length of RL ? 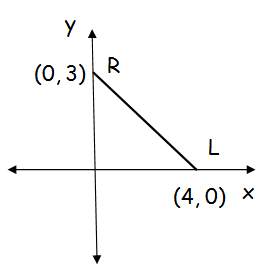 To find the length of RL, we have to use the formula for distance between two points.

Let x be the measure of the third angle.

Measure of the second angle  =  3x

After having gone through the stuff given above, we hope that the students would have understood how to solve problems in PSAT.