If a and b are legs and c is the hypotenuse,

Draw a right triangle on a piece of paper and cut it out. Make one leg shorter than the other.

Trace your triangle onto another piece of paper four times, arranging them as shown. For each triangle, label the shorter leg a, the longer leg b, and the hypotenuse c. 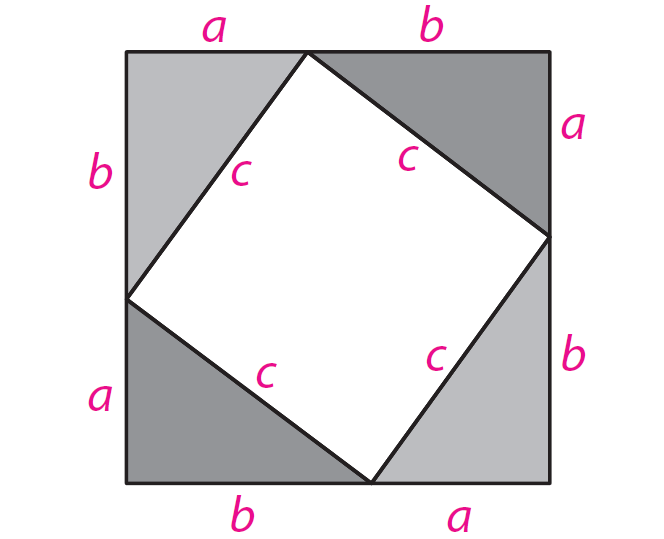 Find the area of the unshaded square.

Label the unshaded square with its area. 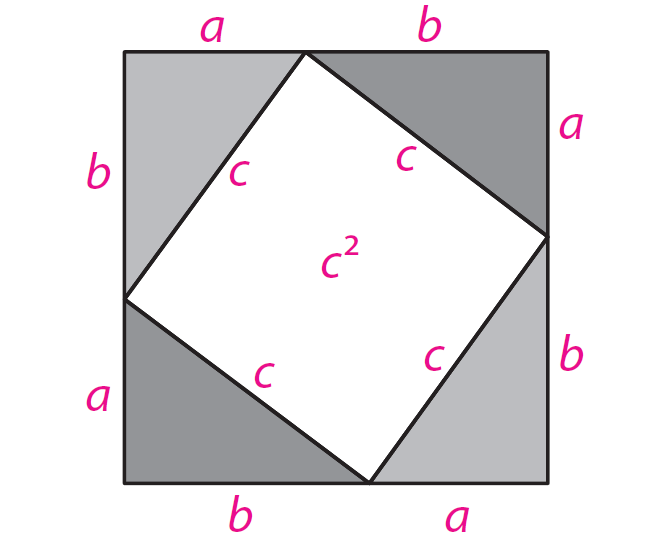 Trace your original triangle onto a piece of paper four times again, arranging them as shown. Draw a line outlining a larger square that is the same size as the figure you made in step 2. 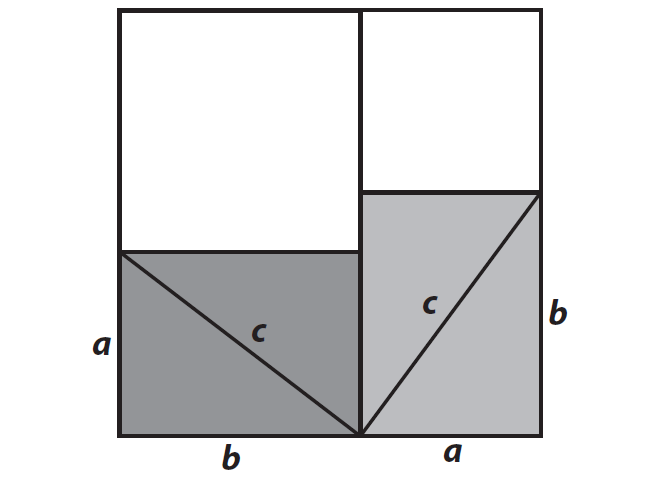 Find the area of the unshaded square at the top right and left of the figure in step 5.

Label the unshaded squares with their areas. 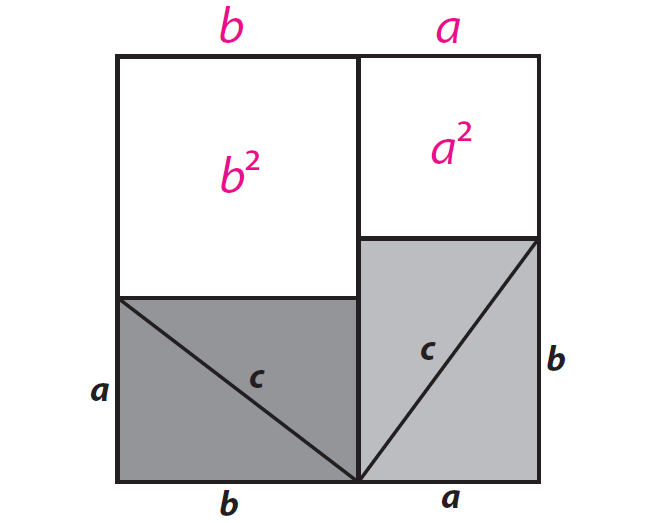 Find the total area of the unshaded regions in step 5.

Because both (1) and (2) represent the total area of the unshaded region, they are equal.

1. Explain whether the figures in step 2 and step 5 have the same area.

2. Explain whether the unshaded regions of the figures in step 2 and step 5 have the same area.

3. Write an equation relating the area of the unshaded region in step 2 and step 5 have the same area.