If a line parallel to one side of a triangle intersects the other two sides, then it divides the two sides proportionally.

Converse of the Triangle Proportionality Theorem

If a line divides two sides of a triangle proportionally, then it is parallel to the third side.

If three parallel lines intersect two transversals, then they divide the transversals proportionally.

If a ray bisects an angle of a triangle, then it divides the opposite side into segments whose lengths are proportional to the lengths of the other two sides. 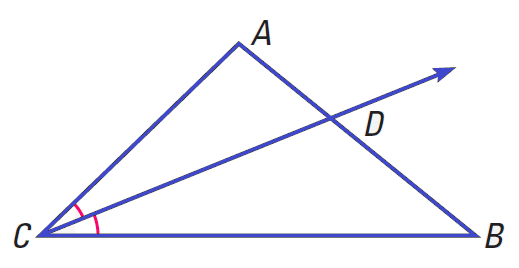 Finding the Length of a Segment

In the diagram shown below

Find the length of TR.

Multiply each side by 12.

In the diagram shown below KL ∥ MN, find the values of the x and y. 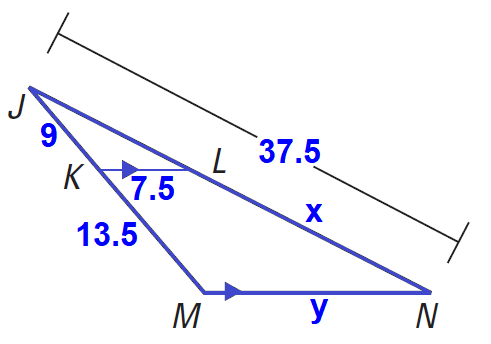 Finding the value of x :

To find the value of x, we can set up a proportion.

By cross product property of proportion,

Finding the value of y :

By cross product property of proportion,

In the diagram shown below, determine whether MN ∥ GH. 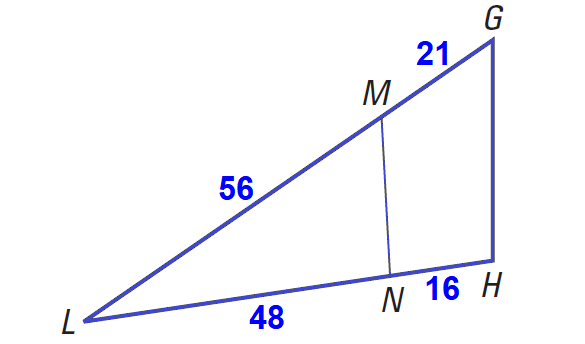 Begin by finding and simplifying the ratios of the two sides divided by MN.

Find the length of TU. 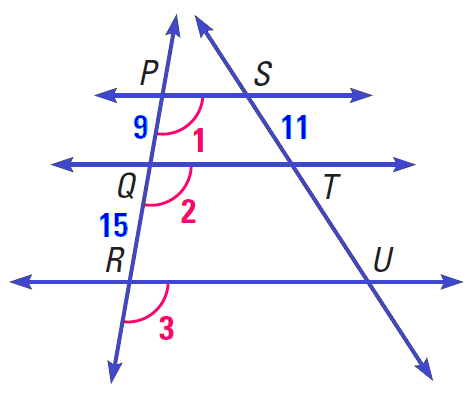 Because corresponding angles are congruent the lines are parallel and we can use Theorem 1 on Proportionality.

By reciprocal property of proportion,

Multiply each side by 11.

In the diagram shown below, ∠CAD  ≅  ∠DAB. Use the given side lengths to find the length of DC. 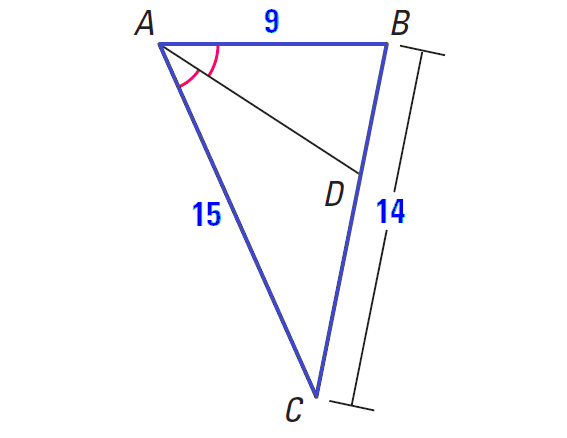 Since AD is an angle bisector of ∠CAB, we can apply Theorem 2 on Proportionality.

Multiply each side by 5x.

Add 5x to each side.

Divide each side by 8.

We are insulating your attic, as shown. The vertical 2 x 4 studs are evenly spaced. Explain why the diagonal cuts at the tops of the strips of insulation should have the same lengths.

Because the studs AD, BE and CF are each vertical, we know that they are parallel to each other. Using Theorem 8.6, you can conclude that

Because the studs are evenly spaced, we know that

So, we can conclude that

which means that the diagonal cuts at the tops of the strips have the same lengths.