PROBLEMS ON EQUALITY OF MATRICES

Here we are going to see some practice questions based on the concept of equality of matrices.

Determine the value of x + y if

By applying the value of x in the first equation, we get

Note : By solving above equation, we will get the same answer.

Determine the matrices A and B if they satisfy

In order to eliminate A, let us multiply the second equation by 2 and subtract from the first equation. 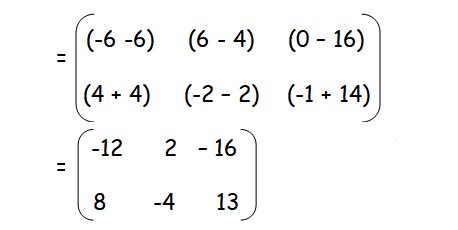 In order to eliminate B, let us multiply the first equation by 2 and subtract second equation. 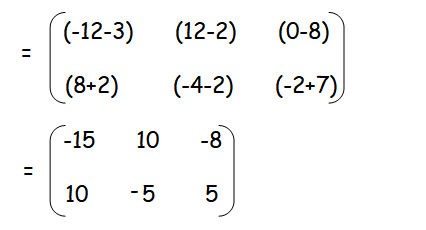 Hence the required matrices are 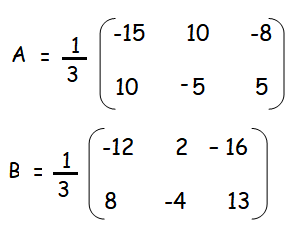 After having gone through the stuff given above, we hope that the students would have understood "Problems on Equality of Matrices".

Apart from this, if you need any other stuff in math, please use our google custom search here.