PROBLEM SOLVING IN GEOMETRY WITH PROPORTIONS

If two ratios are equal, then their reciprocals are also equal.

Say, whether the statement given below is true.

Hence, the statement is true.

Say, whether the statement given below is true.

Hence, the statement is false.

Find the length of QS.

Multiply each side by 16.

Hence, the length of BD is 8 units.

If we solve this proportion for x, we find that

which is a positive number.

International standard paper sizes are commonly used all over the world. The various sizes all have the same width-to-length ratios. Two sizes of paper are shown below, called A4 and A3. The distance labeled x is the geometric mean of 210 mm and 420 mm. Find the value of x. 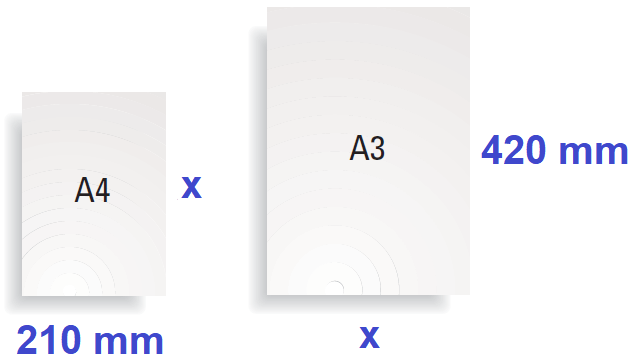 Using the given information, write proportion.

Take radical on both sides.

Hence, the distance labeled x in the diagram is about 297 mm. 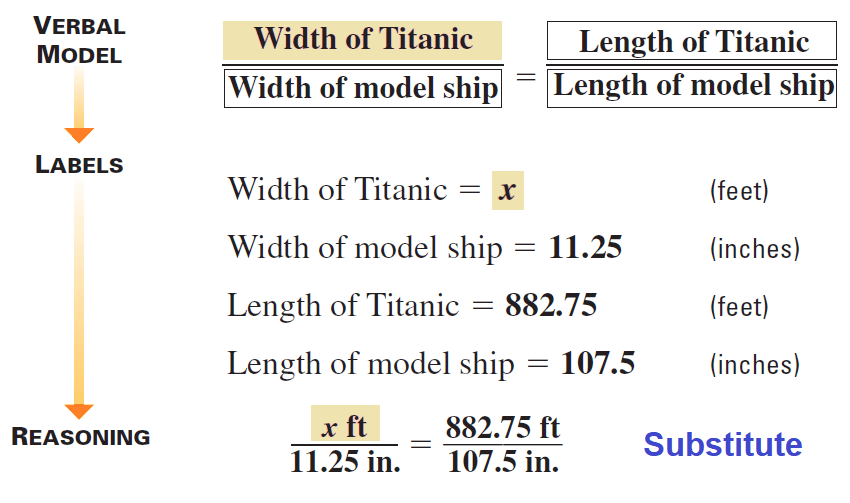 Using calculator, we have

Hence, the Titanic was about 92.4 feet wide.