Think about the situation :

The teacher gave 5 buttons to David and 6 buttons to Lily and asked them to arrange the buttons in all possible rows in such a way that the number of buttons in each row is equal. They did it, in different ways as shown below :

By arranging 5 buttons in a row, he gets 1 row.

By arranging 1 button in each row, he gets 5 rows.

He realizes that 5 buttons can be arranged in only 2 rectangular ways. Hence, the only factors of 5 are 1 and 5 (number of rows).

By arranging 6 buttons in a row, she gets 1 row.

By arranging 3 buttons in each row, she gets 2 rows.

By arranging 2 buttons in each row, she gets 3 rows.

By arranging 1 button in each row, she gets 6 rows. 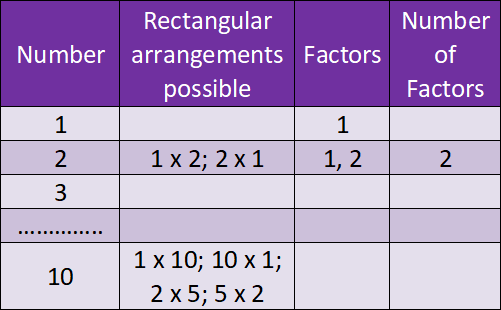 From the table, we conclude that

● A natural number greater than 1, having only two factors namely 1 and the number itself, is called a prime number.

● A natural number having more than 2 factors is called composite number.

A number is a perfect number if the sum of its factors other than the given number gives the same number.

If the greatest common factor (GCF) of two numbers is 1, then the numbers are said to be co-primes or relatively prime or mutually prime. 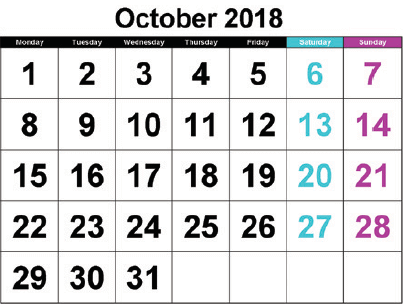 (i) List out the prime and composite numbers represented by the dates in the month of October.